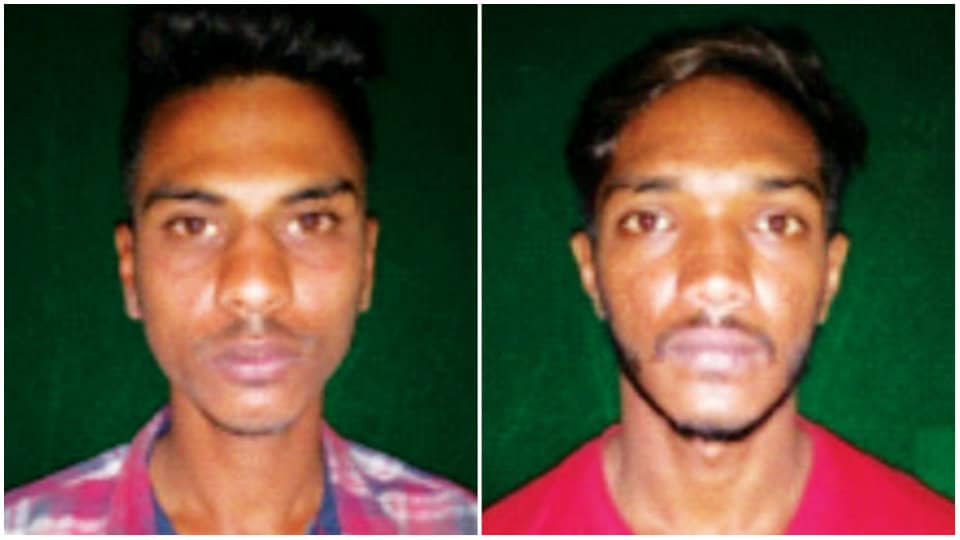 Mysuru:  Mandi Police, during their special operation on Feb.2 near Railway Station Circle, have arrested two persons on charges of stealing valuables from locked cars by opening the locks using duplicate keys and have recovered platinum, gold and silver articles worth about Rs.35,000 and Rs.62,600 cash from them.

The arrested are 22-year-old Mohammed Abran of Gandhinagar and of  Mandi Mohalla. During interrogation, the accused are said to have confessed of stealing the above mentioned valuables and cash from locked cars by opening the locks with duplicate keys.