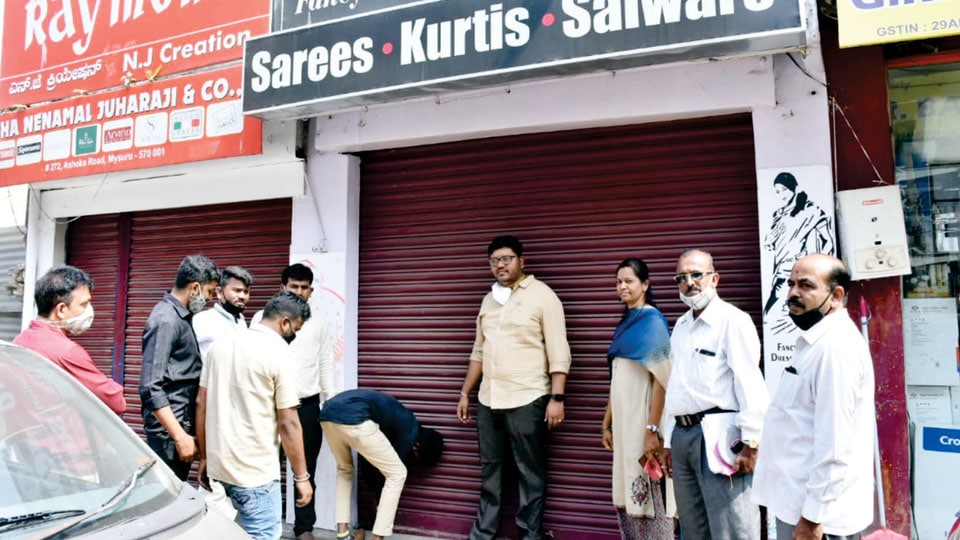 Mysore/Mysuru: Two shops on the busy Ashoka Road in city were shut and sealed by officials of Mysuru City Corporation (MCC) for non-payment of tax and non-renewal of trade licence this morning.

However, the raid on other shops was halted after the office-bearers of Ashoka Road Traders’ Association sought time till Jan. 28 to pay tax. Based on the assurance, the drive was halted, said Ranjith Kumar, Zonal Commissioner, Zone-6, MCC.