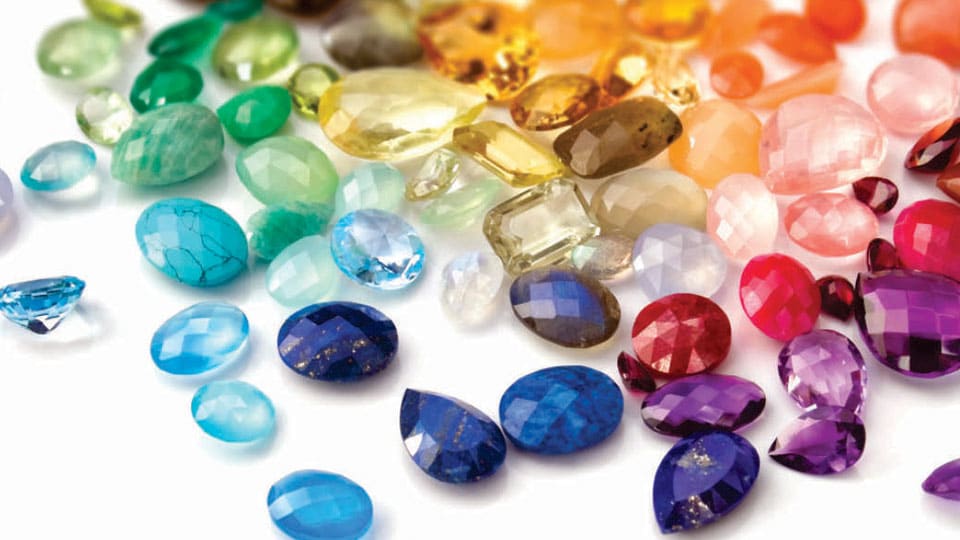 The path of the planets movement is elliptical. Out of the nine planets, five of them are said to have a direct effect on terrestrial events and they are Mercury, Venus, Mars, Jupiter and Saturn. The stone for Rahu is Gomed or Hessonite; a planet considered as the ascending node of the Moon. Rahu generates unnecessary worries and strained relationships and causes unpredictable and sudden changes. Similarly the stone for Kethu is Cat’s Eye; a planet considered as the descending node of Moon that influences thinking, asceticism, relationship and wisdom. Cat’s Eye is precious gem, which harmonises Kethu.

In the Advanced school of Vastu, the planets not only have a bearing on the occupants but also influence the design element in terms of layout and décor. They also radiate the type of energy which aids specific activity of a sector in a building. The planet Sun is the King of all planets, having a purifying male energy and a stable and selfless nature. This planet rules the east and resides at the Northeast quadrant of the home and hence, in Vastu the Northeast sector is set aside for spiritual knowledge, meditation and worship as Sun also represents the inner or true self. The gemstone for planet Sun is  Ruby. The stone enhances overall  success in the life, improves the leadership qualities and puts a person at the forefront. Since centuries, it was worn by battlefield commanders to protect themselves from the enemy. It improves intellectual capabilities and concentration. Therefore, it is used to drive away various stress related problems like insomnia, hysteria, etc.

The Moon is considered as life-giving or mother energy and relates to the subconscious and instinctive activities. The Moon signifies rejuvenation, renewal, refreshment and signifies the bathroom in a home layout. Pearl is the stone for planet Moon. It gives calm and vibrant feeling, improves memory as well as the confidence for the interaction with people when worn.

Jupiter the largest planet known as “Guru” represents wisdom, learning, knowledge and is also said to be the planet to dispel darkness. Guru also means Teacher and is even referred to as “Teacher of the assembly of Gods”. This planet represents the library and study sector of the home. Placing valuables like jewelry, in the North sector of the house which represents Guru is considered auspicious. Yellow Sapphire is the stone for Jupiter, it gives material wealth, prosperity, status and overall growth.

Mercury, the smallest planet, is the closest to the Sun and is the planet for communication and is a messenger but is said to be restless too. Vedic astrology refers this as Budha which is derived from the Sanskrit word “Buddhi” or intellect. This planet is said to be very active when a living or dining room is in this sector and activates the social life. Emerald is the stone for Mercury, the planet representing wisdom and voice, It improves decision making capability, reasoning power and presence of mind.

Venus is the brightest and radiant planet and is known as Shukra in Vedic astrology and governs the romance side of the human nature, passion, beauty and arts. This planet governs the bedroom and the dress area and is often complemented with colours like pink, peach, chrome yellow and at times light blue. The Stone for Venus is Diamond and is said to be the king of precious gemstones. It represents the Venus planet or Shukra, which is regarded as the third brightest planet. Venus is also the ruling planet of Taurus and Libra. Diamond gemstone increases the positive influences of Venus such as stamina and wealth. It also provides blissful marital life and good health.

The planet Mars also know as Red planet is called Kuja in Vedic astrology and it can be seen with the naked eye in the night. This planet relates to war, fire, and instability and is destructive. Hence, this planet governs the Kitchen sector. Red Coral is the stone for Mars. This deep red coloured gemstone bestows upon a person self-confidence and administrative abilities. The planet, which is slowest moving, darkest and relates to element metal is Saturn known as Shani. It is the darkest planet and corresponds to all dark places like cupboards, basements, lofts etc. Blue Sapphire or Neelam is the stone for Saturn. This bright blue colour stone is an extremely powerful stone that provides protection from the evil influences of Saturn. This gemstone provides protection from misfortunes, accidents and unforeseen dangers.

Vastu and the celestial influence enables us to understand and design a layout of a house according to the function of each room, rotation of the Earth and the position of the Sun throughout the day. The ancient Sage (Monks) believed that the mind and body have different activities depending upon the time of the day and designed and orientated the various components of the house to harmonize the movement of the Sun and the daily human cycle. Harmonising the energy of the Planets which govern the individual and the energy of the place of dwelling with proper Vastu ensures a home with total harmony and peace.

S.B.S. Surendran Vaastu-Feng Shui and Bio-energetics
Goa beat Kerala for first win
To ban or not to ban?