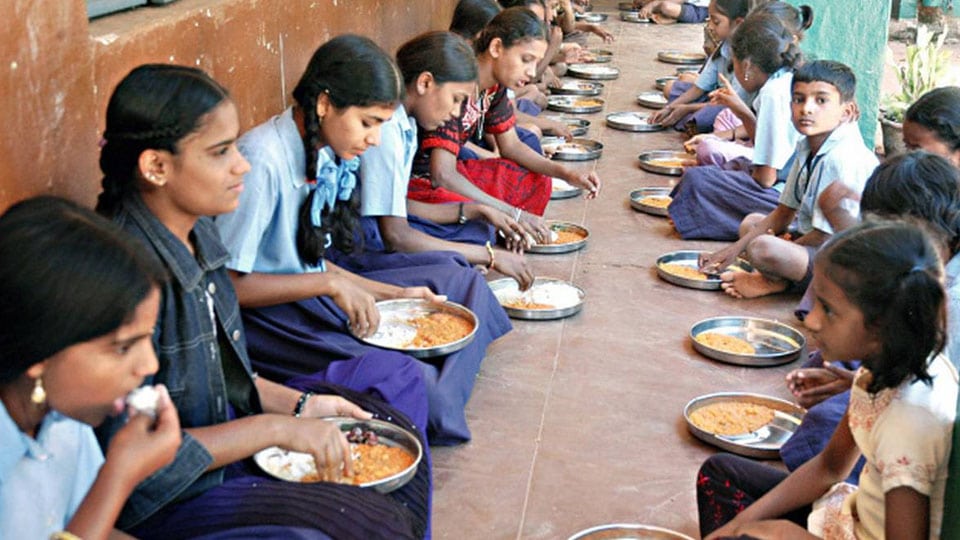 Mysuru: On learning that less nutritious food was being served to Government School children, the Union Government came out with a specific menu for meals. The State too has adopted the new menu in the ‘Bisi Oota’ being served to children from Nov. 1.

The Government has instructed school authorities to maintain uniform menu throughout the State.

The ‘Bisi oota’ scheme is followed at 1,920 Government schools and 374 aided schools in Mysuru District to cater to 2.25 lakh students utilising 225 quintal of rice per day.

Akshara Dasoha Project Officer Uday Kumar told Star of Mysore that the new uniform menu would be implemented at the directive of the Department of Public Instruction Commissioner.