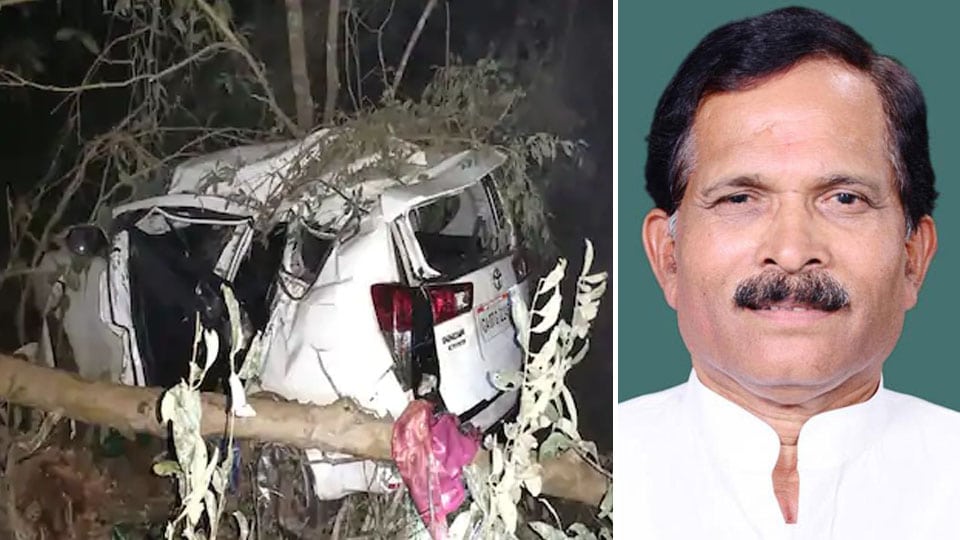 Ankola: Union Minister Shripad Naik was injured while his wife and Personal Secretary died in a road accident on Monday. His wife Vijaya and his Personal Secretary Deepak, who were critically injured, died at a hospital, Police confirmed.

Naik, who is the Union Minister of State for AYUSH (Independent) and Defence is out of danger and is being treated at the Goa Medical College and Hospital in Bambolim.

The accident occurred at Ankola in Uttar Kannada district. The Minister was travelling from Yellapur to Gokarna, when the car went out of control and toppled, it is learnt.