Home » Voice of The Reader » Unprecedented turmoil in Supreme Court 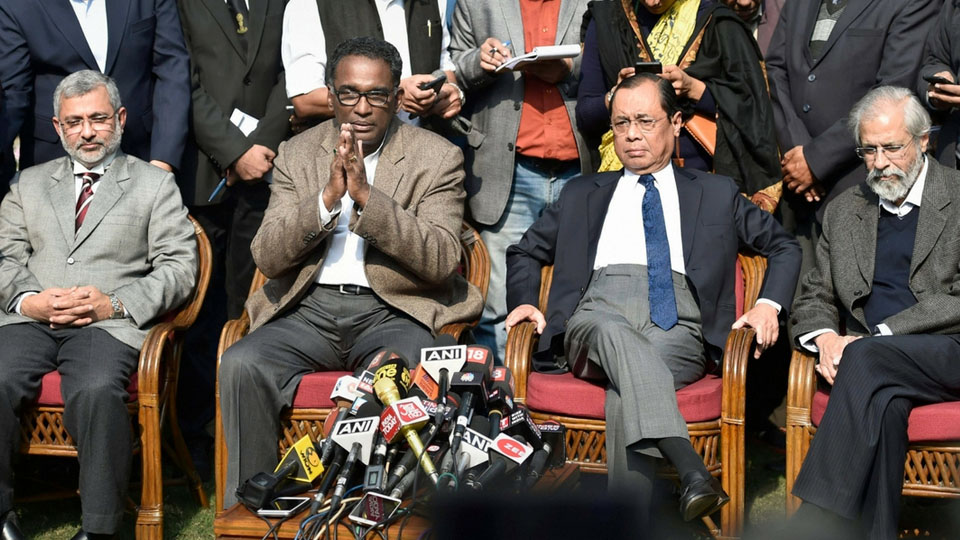 The recent protest and the press conference by the four Judges of the Collegium against the roster system and allegation of assigning important cases of national importance to Junior Judges has stunned the nation.

I am no legal expert. However, I believe it is the prerogative of the Chief Justice of the Supreme Court to assign the cases to any Bench of Judges, irrespective of seniority. The rebel Judges by implying that important cases ought to have been assigned to their Bench does not hold water. Are these senior Judges implying that the other twenty-one Judges of the Supreme Court who have been selected by the Collegium lack competence? Or found wanting in integrity?

For the ordinary citizen the question is, does this rebellion of the senior Judges necessitate contempt proceeding as in the case of retired Justice Karnan of Kolkata High Court? Supreme Court is the last hope for the common man to get justice when all other avenues fail to give him succour.

It is fervently hoped that these senior Judges clear their misunderstanding not only with the CJI but also with the other twenty-one brother Judges at the earliest in the interest of Democracy and to protect the sterling image of the Supreme Court of India.

READ ALSO  Where have all the Traffic Police gone?

NOTE: We must recall a report submitted by a Committee on reforms of the Criminal Justice System, known as Justice Malimath Committee Report submitted in 2003. Good 15 years ago and the successive governments slept over it for reasons best known to them.

The Committee, among other suggestions, also suggested constituting a National Judi-cial Commission to make impeachment of Judges less difficult. If it was done, the present aberration in the unprecedented conduct of the Judges could have been checked.