The ashrama is expecting around 10,000 devotees from 78 countries and 28 States in the country.

Accommodations for devotees have been arranged at the Ashrama and five Kalyana Mantapas in city.

The Diamond Jubilee celebrations will feature 75 eminent personalities from various fields such as music, social service, journalism and others being honoured with various awards. 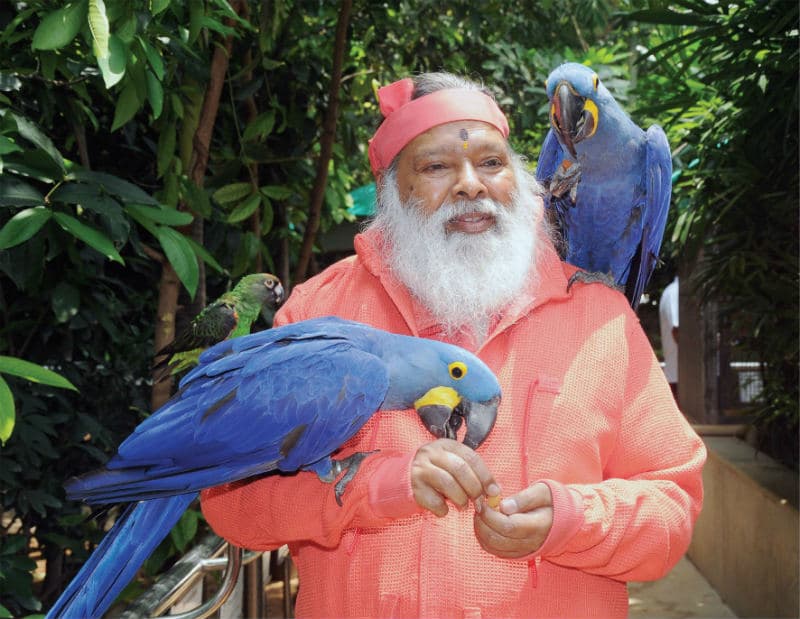 This apart,  officials from Guinness Book of World Records will present the certificate to Swamiji for creating the world’s biggest Bonsai Collection during the international Bonsai conference held last year, most bird species in an aviary ‘Shuka Vana’ which is home for 468 species of birds and for creating the world’s biggest Hindu scripture, Bhagavad Gita, which is 7ft high and weighs 800 kgs.

As part of Vajrothsava celebrations,  Ganapathy Sachchidananda Ashrama has planned a series of social service programmes among which will be the inauguration of the newly constructed ‘Plague Maramma’ temple for Pourakarmikas at Pulikeshi Nagar in Bannimantap. The Ashrama has also constructed nine prayer halls for Pourakarmikas at different places across the State. Ashrama will be also be donating a school bus for Mysore Public School, two vehicles for MCC, free medical camps among others.

Addressing the press persons at Ashrama premises this morning, Sri Ganapathy Sachchidananda Swamiji said that despite having done many social service across the world, he was being haunted continuously of the fact that discrimination of people still prevailed in many countries.

“We have grown in many aspects but  the social evil such as the discrimination still persists in our society. People have to understand the visions of Dr. B.R. Ambedkar, who fought for equality among all religions. Only by allowing people inside the temples will not eradicate the social evil but it is possible only if people change their minds and treat everyone as equal,” he said. 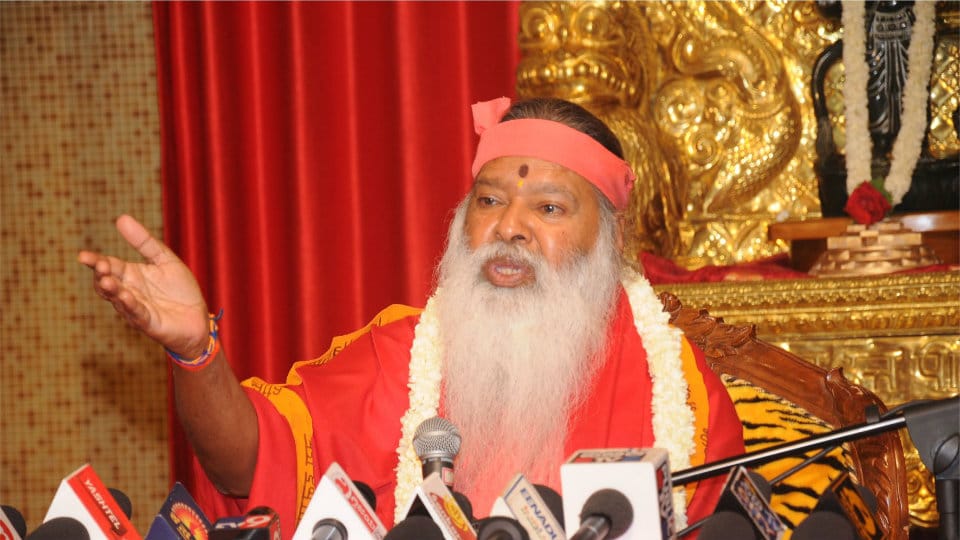 The Ashrama will also honour martyrs, who had laid down their lives for the country.

The 230 kms ‘Vajrajyothi’ run from Mekedatu, the birthplace of Swamiji, will be held from tomorrow (May 18) and will reach the Kote Anjaneya Swamy temple on May 21 at 7 pm. Later, it will reach the Datta Venkateshwara Temple at the Ashrama premises before culminating at Nada Mantapa. The Vajrajyothi will be accompanied by Vid. Ramanuja and 31 volunteers.

Apart from the Vajrothsava celebrations, the 18th Brahmotsavam of Sri Datta Venkateshwara Temple began from May 14; 24th Annual Veda Examination on May 16 and 10th Annual Veda Sabha of SGS Veda Shaastra Parishad will be held on May 18.