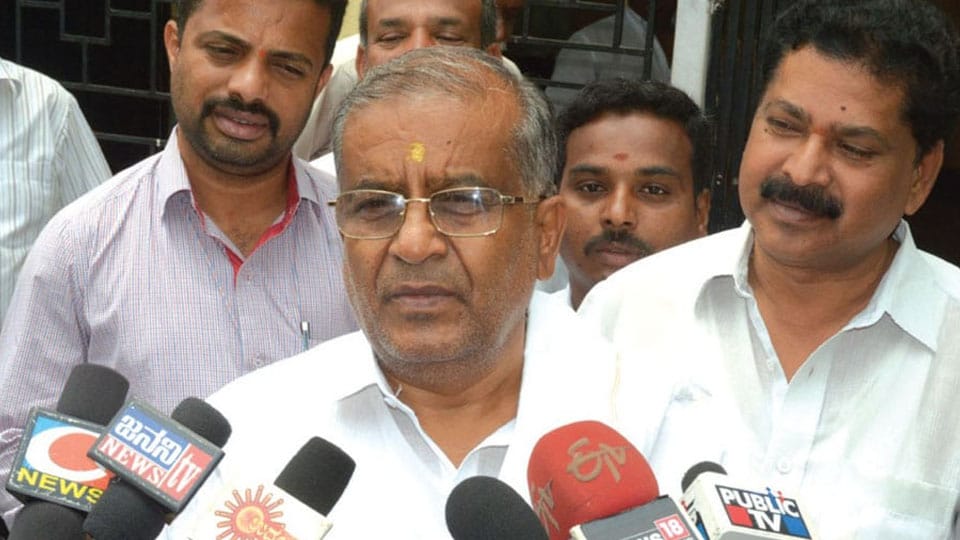 Mysuru: Former Higher Education Minister G.T. Devegowda (GTD) has challenged to take political retirement if someone proves corruption in the recent appointments made to the Syndicate of various Universities in the State.

In a statement, he was reacting to the allegations being made against him regarding the appointments to the Syndicates which had been done in a transparent manner without giving scope for any corruption.

“Only after a thorough check of the qualifications and after consulting former Vice-Chancellors and educationists and without yielding to any political pressures were these appointments made,” he said.

“In spite of this, if someone proves corruption in these appointments or any violations, I will take retirement from my political career,” challenged Devegowda.

However, since there were objections and allegations raised against these appointments to 13 Universities, he said that they were made as per social justice and educational qualifications.

“Besides, majority of them are Ph.D and PG degree holders and non-political persons. Still there are allegations against me, but all these appointments were made with utmost transparency,” he claimed and added, “This is a model in the higher education system itself as a tradition has been set in the appointment of Syndicate members who are education experts.”

On Wednesday, some MLCs, representing BJP, had submitted a representation to the Chief Secretary demanding the withdrawal of these appointments raising allegations of corruption.

Hence, GTD has stated that it is not correct to level false allegations against him without understanding the process of appointment.

It may be recalled that the Education Department (Universities) Additional Secretary M.A. Ahmed had issued a notification dated July 20, 2019 regarding the new nominations to the Syndicate of University of Mysore that include H.L. Venkatesh, Retired Professor N. Saraswathi, Shabbir Mohammad Mustafa, P. Manjunath, S.T. Ramachandra and Dayashankar Maili.