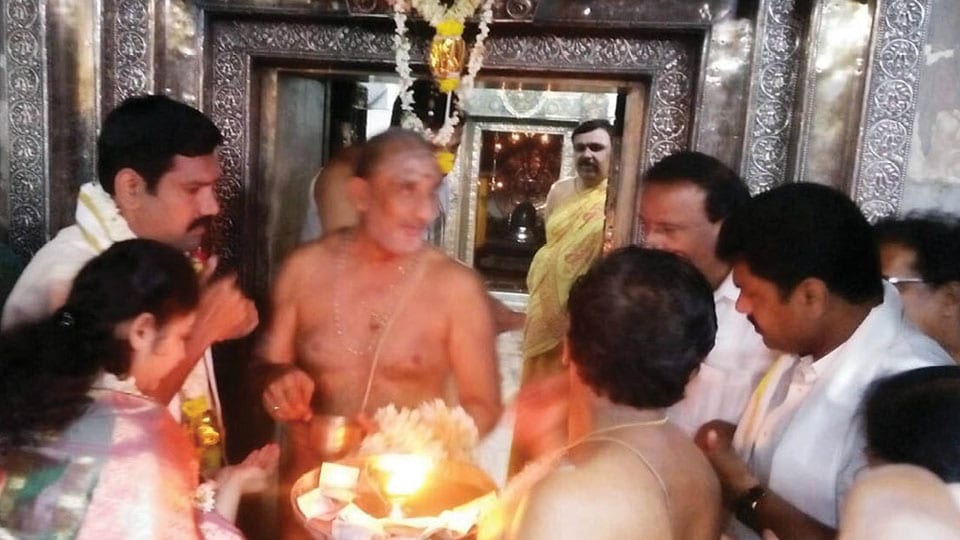 Nanjangud:  Even as the BJP top brass is yet to officially announce its final list of 11 candidates, including the high-profile Varuna Assembly Constituency, from where Chief Minister Siddharamaiah’s son Dr. Yathindra is contesting as the Congress candidate, BJP probable candidate B.Y. Vijayendra, younger son of State BJP President B.S. Yeddyurappa, who was scheduled to file his nomination papers from Varuna Assembly seat today, has reportedly been asked by the Party high command not to do so.

In an interesting development just before we went to the Press, State BJP Chief Yeddyurappa, who addressed a massive party rally at Vidyavardhaka School grounds here, reportedly told the gathering that an ordinary BJP worker would be fielded from Varuna. This led to chaos at the rally with the huge crowd turning violent and vandalising the dais and furniture at the venue.

It was reported that the BJP High Command this noon instructed the State unit to hold back Vijayendra’s nomination.

This has led to rumours that local BJP leader and ZP Member from Thagadur in the taluk Sadananda will replace Vijayendra in Varuna. 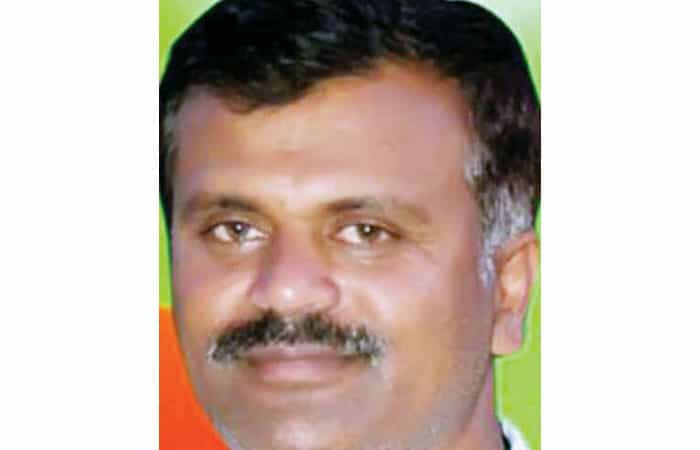 Earlier in the day, Vijayendra, accompanied by his elder brother MLA B.Y. Raghavendra and members of their families, offered special prayers at Srikanteshwara temple at about 10.15 am, hoping to file nomination as BJP candidate this afternoon.

The BJP rally was attended by thousands of party workers from Varuna and Nanjangud Assembly segments. Former IPS officer and senior Veerashaiva- Lingayat leader  L. Revanasiddaiah, who quit the Congress a couple of days ago, shared the dais with Yeddyurappa.