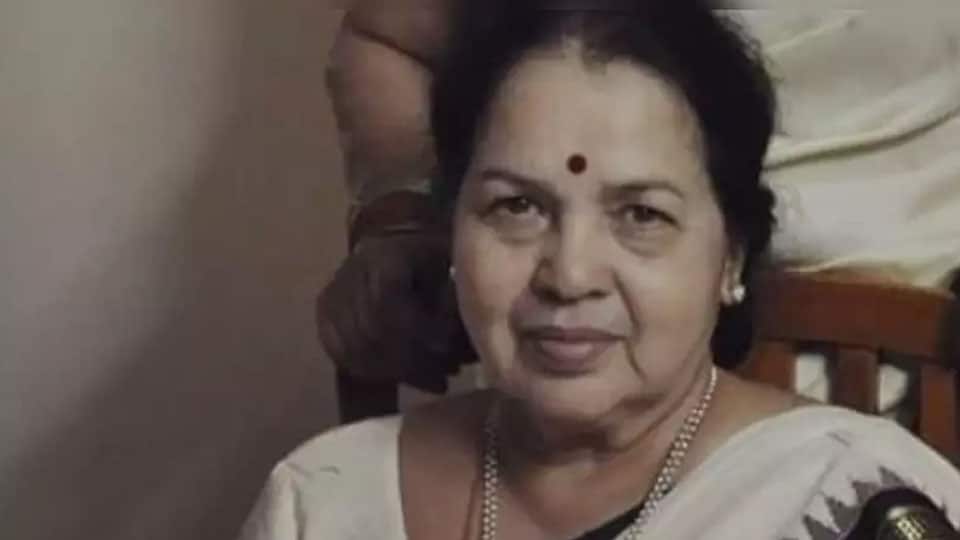 Mysore/Mysuru: Veteran actress and one of the early pioneers of Kannada cinema, Prathima Devi, passed away owing to age-related ailments in Bengaluru on Tuesday. She was 88. She is survived by four children — renowned film Director S.V. Rajendra Singh Babu, Sangram Singh, Jairaj Singh and actress Vijayalakshmi Singh. Noted actor Jai Jagadeesh is her son-in-law.

Prathima Devi, who hailed from Udupi, entered professional theatre at the age of 11 and made her film debut through Krishnaleela in 1947. The film was produced by Mahatma pictures, owned by film producer D. Shankar Singh, whom Prathima Devi later married. She was the lead actor in Jaganmohini, a 1951 film that turned out to be the first kannada film to run for 100 days. It was also the directorial debut of Shankar Singh.

Prathima Devi later starred as the lead actor in many films produced by Mahatma pictures and thereafter as a character actor in several Kannada films. She has acted with thespian Dr. Rajkumar and other lead actors of that time  in over 65 films including Bhakta Cheta, Chanchala Kumari, Nagakanya, Dharmasthala Mahatme and Varadakshine. She had last acted in Yaana, a film produced by her grandchildren.

Prathima Devi was presented with Dr. Rajkumar Lifetime Achievement Award in 2001-02 by the Karnataka Government.

Her body was kept for public viewing at her Mysuru residence in  Saraswathipuram till today afternoon, following which her last rites were performed at the foot of Chamundi Hill, according to family sources.