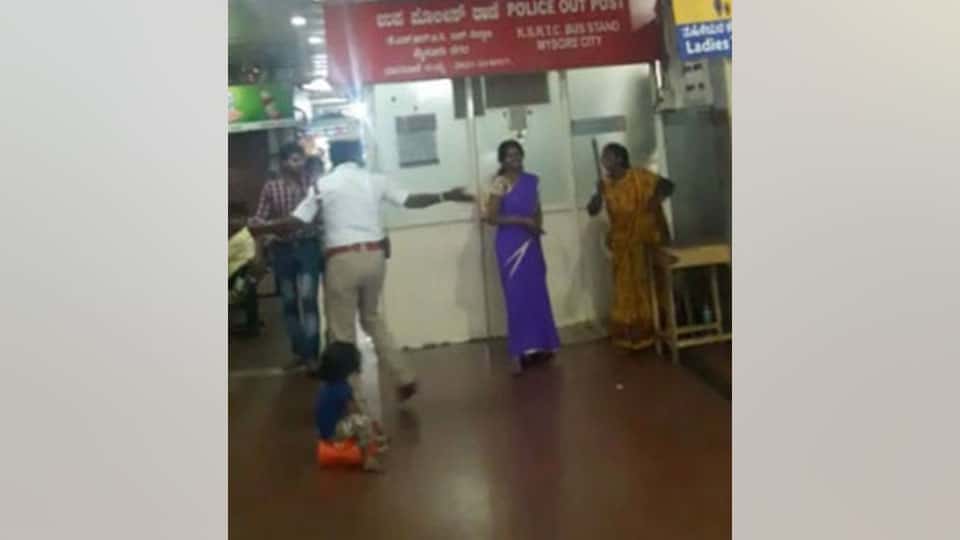 Mysuru:  An incident of a Police officer using the ladies toilet at KSRTC Suburban Bus Stand to attend nature’s call has been reported in city on Wednesday night and the video of the cop coming out of the ladies toilet has gone viral in the social media, thus embarrassing the Department.

The cop attached to the Traffic wing of the City Police Department was spotted coming out of the ladies toilet in the bus stand and the two women attendants, who are entrusted to maintain the toilets told the cop that the facility was meant for ladies only to which the cop spoke to them in a casual manner and left.

The public, who expressed anger over the attitude of the cop, have demanded action against him.

Meanwhile, City Police Commissioner Dr. A. Subrahmanyeswara Rao said that the cop going to a ladies toilet was true and the DCP would take action against the erring cop.