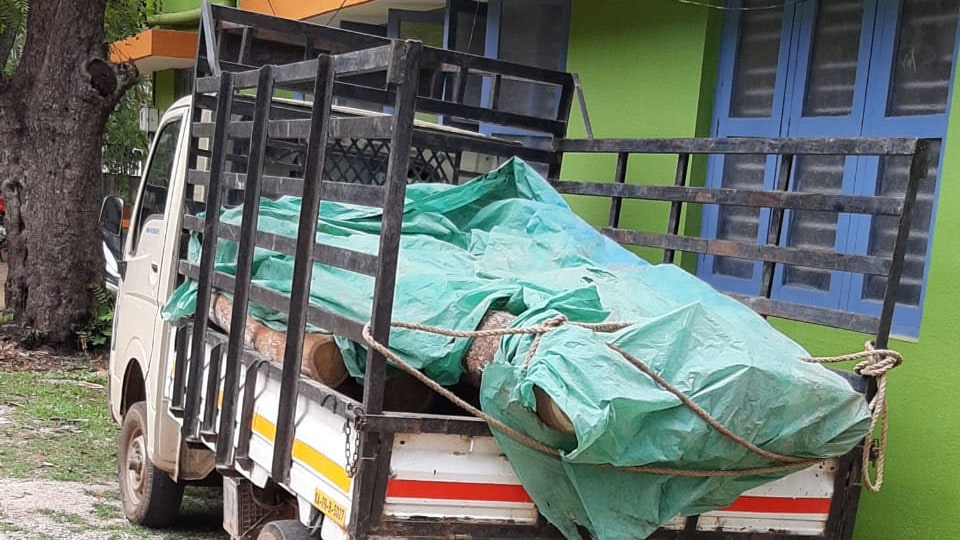 Hunsur: Alert villagers have nabbed a person, who was attempting to smuggle timber from an agricultural field at Yashodhapura in Hunsur taluk and handed over the accused to the Forest Department officials.

The accused has been identified as Venkatesh of Yashodhapura, who was trying to smuggle teak logs worth Rs. 50,000 in a goods vehicle (KA-09-B-5027) from the agricultural field of one Gurappa. The villagers, who caught Venkatesh red-handed along with the timber, handed him over to Hunsur Zone Forest officials.

The Forest officials, who have seized the goods vehicle, have registered a case.