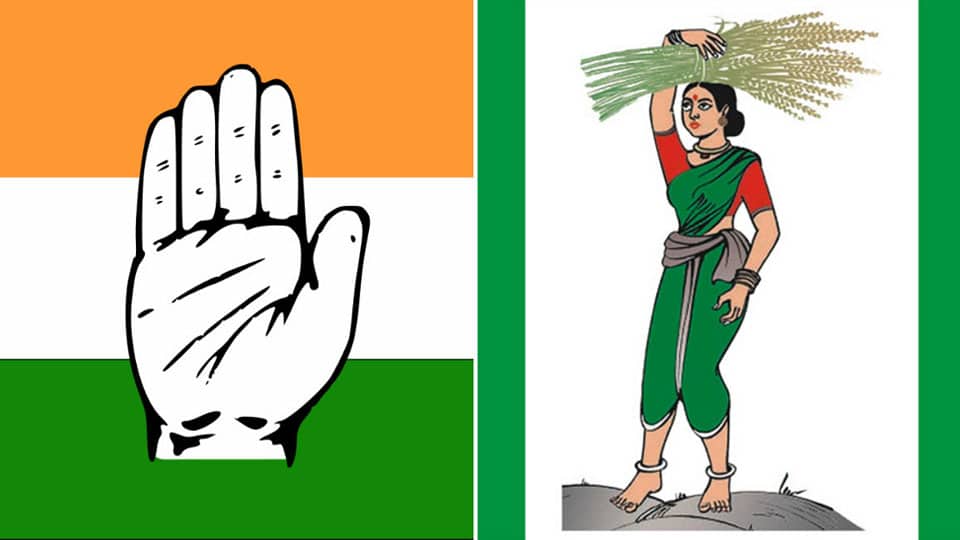 Mysuru: Four Congress party workers were allegedly attacked by a group late last night at Naganahalli village on the Mysuru-Bengaluru Highway near Siddalingapura. This is the first such violence reported from the Chamundeshwari Constituency, Mysuru, after the poll dates were announced on Mar. 27 till date.

The incident took place at Naganahalli coming under high-profile Chamundeshwari constituency where Chief Minister Siddharamaiah is fighting electoral battle with his one-time friend G.T. Devegowda who is an incumbent MLA, seeking re-election. The report of violence comes at a time when both the Congress and the JD(S) are indulging in feverish political campaigns to woo the voters.

The injured have been identified as Naganahalli Gram Panchayat Member Lohith, party worker Vidyashankar, former GP member Jayadeva and Youth Congress Block Secretary Arjun, who is also a sportsperson. All of them have sustained injuries in the attack and have been admitted at the Surgery Wing of the K.R. Hospital at the Stone Building.

It may be recalled that yesterday afternoon, JD(S) workers and villagers had obstructed Kannada actor Darshan from campaigning for Chief Minister Siddharamaiah at Naganahalli and Siddalingapura under Chamundeshwari. They told the actor that they respect him for his talent but he should not have campaigned for the CM. They asked him to rise above party politics. Asking the actor to officially join Congress and then campaign for Siddharamaiah, the JD(S) workers blocked the actor’s campaign vehicle and even shouted slogans against the actor and the CM.

Enraged by the incident, Congress workers took objection to the behaviour of JD(S) workers and this led to verbal clash between the two party workers. Finally the Police had to intervene and pacify the agitated workers and make way for the actor’s campaign.

Similar incidents also took place at Belawadi village where the actor’s campaign vehicle was blocked. Here too, the Police had to intervene. As soon as the actor’s campaign vehicle proceeded on the road show at Belawadi, Congress workers burst crackers on the road and this was objected to by JD(S) workers. The tension was, however, diffused by the Police.

Yesterday night, a group of Congress workers had assembled at their party campaign office at Naganahalli and a group of men came in bikes and assaulted them.

Naganahalli Block Congress President Umashankar alleged that the assaulters were JD(S) workers. “They came along with iron rods and machetes and assaulted our workers who are severely injured on their heads, ears and legs,” he said.

Metagalli Police Inspector Raghavendra Gowda visited the spot yesterday and has booked a case against unknown persons under Section 307 (attempt to murder) of the IPC. CM Siddharamaiah is expected to visit the injured when he will arrive in city in the afternoon.