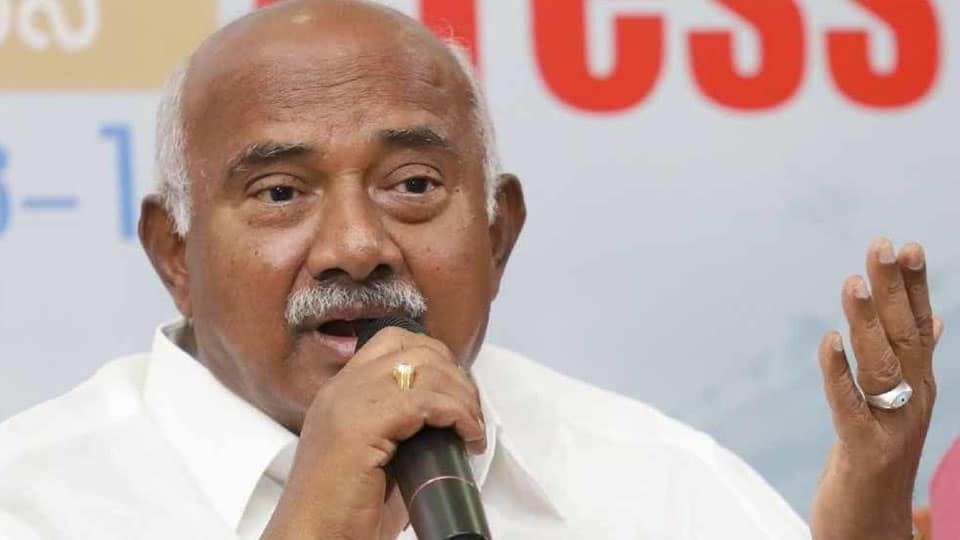 Vishwanath expresses hope of getting justice from Supreme Court

Mysuru: On the day when the Election Commission announced the notification for by-polls to 15 Assembly segments in the State, including Hunsur, disqualified MLA from Hunsur A.H. Vishwanath has said that he was confident of getting justice from the Supreme Court, which is likely to give it’s verdict on a batch of petitions filed by disqualified MLAs seeking quashing of their disqualification on Nov. 14.

Speaking to presspersons here on Monday, Vishwanath maintained that the then Assembly Speaker K.R. Ramesh Kumar had wrongfully disqualified him along with 16 other Legislators from the Congress and the JD(S) ahead of the trust vote moved by the coalition Government headed by H.D. Kumaraswamy in July.

Reacting to speculations that the BJP would field C.P. Yogeshwar from Hunsur, he said that this was mere rumours floated by the supporters of Yogeshwar.

Refusing to reply to a query on his possible candidature as a BJP candidate, Vishwanath  also declined to comment on JD(S) supremo H.D. Devegowda’s soft stance towards the BJP.