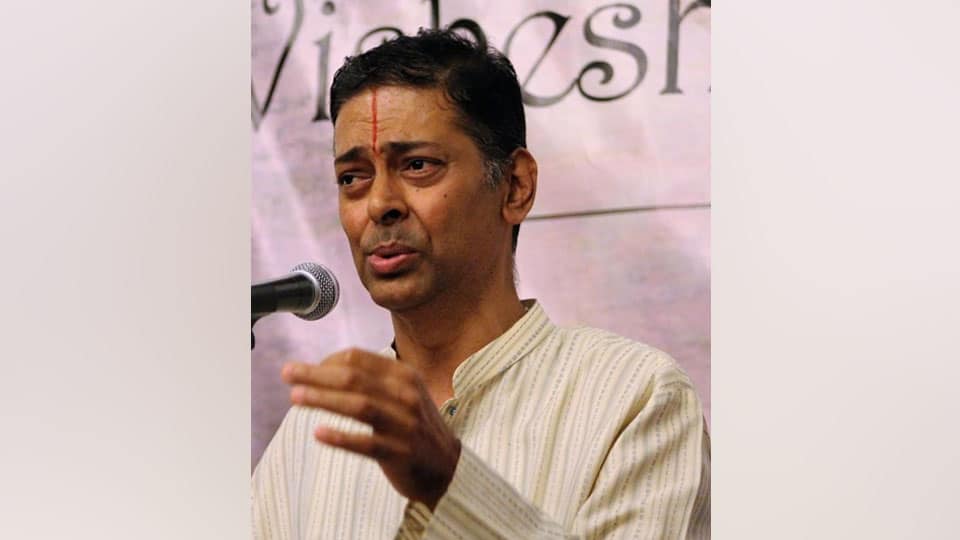 Vocalist N.R. Prashanth to enthral at Raaga on Saturday

Prashanth’s tutelage began with Vid. R.K. Padmanabha, a teacher, composer and performer of great repute. He also had useful stints with greats like Vid. Titte Krishna Iyengar and Vidu. Neela Ramgopal, who honed his musical skills. The doyen of Karnatak Music Prof. R. Visweswaran is guiding him now. An engineering graduate, Prashanth is known for his innovative approach, discrete and measured use of gamakas and control over laya. His Eka Raga concerts are also very popular, which he performs with aplomb.

Prashanth joined the Singapore India Fine Arts Society (SIFAS) in 2001 as a senior faculty and went on to become its Academy Registrar. His penchant for lecture demonstrations has put him in an effective teaching curve.

Widely performed all over India and in countries like the UK, Singapore and Malaysia, Prashanth has had interesting collaborative work done alongside Dr. Raja Ramanna, the famous Scientist. Structure of Music in Raga and Western Systems, On the developments of European Classical Music in India to mention a couple of them.

On Saturday, an exciting team of Vidu. Aditi Krishnaprakash on the violin, Vid. Nikshith Puttur on the mridanga, Vid. Raghunandan Rao on the ghata and Vid. T.A. Ramanujan on the morching are accompanying Prashanth.

Dr. N.V. Krishna-murthy, Director, Prajna Kuteera, is giving a talk on “Healthy living through Ayurveda and Yoga” prior to the concert from 4.30 pm to 5.15 pm. The concert is sponsored by Vinutha and Prashanth of PNG Islands.