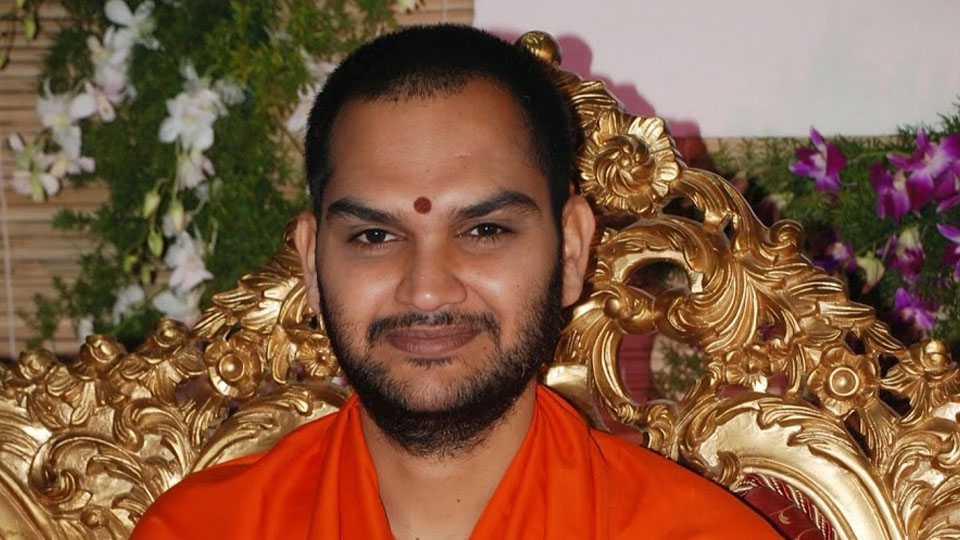 Bengaluru:  Spatikapuri Mahasamsthana Mutt’s Nanjavadhuta Swamiji on Wednesday warned that any efforts to pull down the JD(S) Congress coalition Government headed by H.D. Kumaraswamy (HDK) in the State would attract backlash from the Vokkaliga community.

He was speaking at the Kempegowda Jayanti celebration organised by the Department of Kannada and Culture here yesterday.

Criticising the efforts to topple CM H.D. Kumaraswamy’s Government (HDK belongs to Vokkaliga community), the Seer said that those behind it will have to face politically adverse consequences.

“If something goes wrong with the Kumaraswamy-headed coalition government, the people behind it will have to face the wrath of Vokkaliga community.”

Exuding confidence that Kumaraswamy would continue as the Chief Minister for five years, the Seer said that it was the responsibility of Water Resources and Medical Education Minister D.K. Shivakumar to ensure that this happens. The entire Vokkaliga community should support Shivakumar in this, he said.

Chief Minister Kumaraswamy, in his address, said that a Skill Development University named after Bengaluru Founder Kempegowda will be set up in the State in the coming days.

Water Resources and Medical Education Minister D.K. Shivakumar urged the CM to name one of the Universities carved out of Bangalore University after Kempegowda.

2 COMMENTS ON THIS POST To “Vokkaliga Seer warns against destabilising HDK Govt.”