Home » Feature Articles » Wadiyar was elected with a record margin of votes in 1989…and in 2014, Pratap Simha got highest number of votes 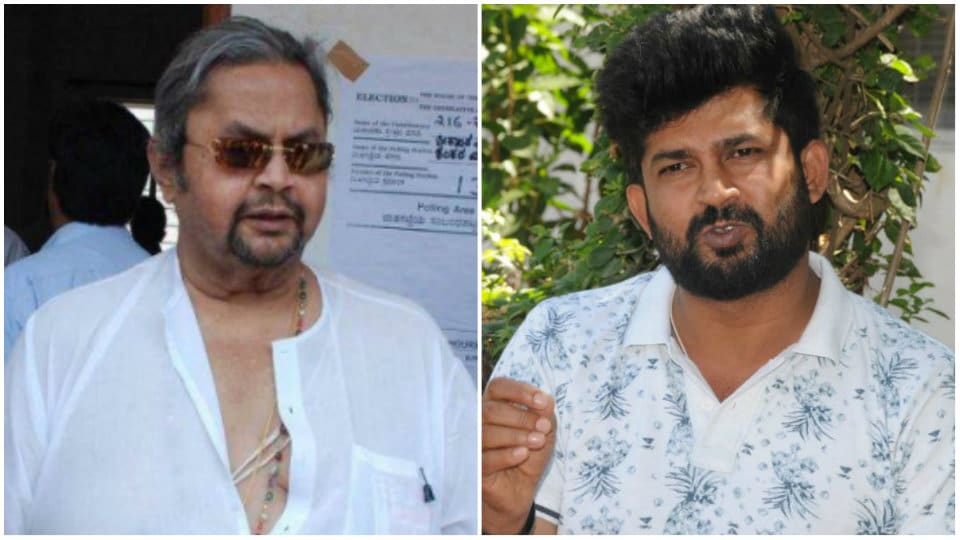 Wadiyar was elected with a record margin of votes in 1989…and in 2014, Pratap Simha got highest number of votes

The then political greenhorn and journalist Pratap Simha, who contested as a BJP candidate in 2014 LS Polls, was elected to Parliament and he secured 5,03,908 votes — highest in the constituency so far. He defeated his nearest Congress rival A.H. Vishwanath who bagged 4,72,300 votes. JD(S) candidate Chandrashekaraiah, a former High Court Judge, had secured 1,38,587 votes.

When one looks at the voting pattern of the past Lok Sabha elections held in Mysuru-Kodagu constituency, former Members of Parliament Srikantadatta Narasimharaja Wadiyar (now late) and H.D. Thulasidas Dasappa (now late) have scripted history with record vote margin.

Mysuru Parliamentary seat was formed in 1952 and so far, 16 Lok Sabha elections have been held. Of these, erstwhile Mysore Royal Family Member, Srikantadatta Wadiyar has been elected to the Parliament four times and H.D. Thulasidas Dasappa has been elected thrice.

In 1989 LS polls, Wadiyar, by winning with a record margin of 2,49,364 votes after securing 3,84,888 votes, created a history of sorts in the constituency by getting elected to Parliament against D. Madegowda (independent) who garnered just 1,35,524 votes. Janata Dal candidate P. Mallesh secured 1,31,905 votes.

In 1998 LS polls, the then BJP candidate C.H. Vijayashankar got elected and he defeated his nearest Congress rival Chikkamadu by a margin of 1,03,024 votes. The BJP won the elections for the first time in this constituency. Vijayshankar had secured 3,55,846 votes, Chikkamadu 2,52,822 votes and Janata Dal’s G.T. Devegowda bagged 2,23,385 votes.

Another political strongman of the region, District Minister G.T. Devegowda also carved his own niche in the district by getting elected to State Legislature from Hunsur and Chamundeshwari Assembly segments. He became a Minister twice. In his first LS polls in 1996, GTD, who contested as the JD(S) candidate, was defeated by Congress nominee, Srikantadatta Narasimharaja Wadiyar in Mysuru constituency. GTD secured 2,46,623 votes in this election while Wadiyar got 2,58,229 votes. In 1998 LS polls, GTD was defeated by BJP’s C.H. Vijayashankar where GTD garnered 2,23,385 votes and C.H. Vijayashankar secured 3,55,846 votes.

Congress candidate, A.H. Vishwanath, who contested in 2009 Parliamentary Polls, was elected with a slim margin of 7,691 votes by defeating his nearest rival, BJP candidate C.H. Vijayashankar.

Vishwanath witnessed tough contest in this election as entire Kodagu district was included in the constituency due to reorganisation of all LS seats in the country with Mysuru becoming Mysuru-Kodagu LS seat.

The K.R. Nagar Assembly segment of Mysuru district was included in Mandya Parliamentary constituency and H.D. Kote was merged with Chamarajanagar seat.  Vishwanath had secured 3,54,810 votes while Vijayashankar got 3,47,119 votes and Jeevijaya of JD(S) got 2,16,283 votes.

Defeated in LS Polls, yet elected to State Legislature!

Siddharamaiah, GTD fail to make it to Parliament

Though former Chief Minister Siddharamaiah and District Minister G.T. Devegowda (GTD) have made a name in the State Politics, they failed to enter Lok Sabha. Siddharamaiah and GTD have tried their luck twice to enter LS but were defeated by their rival party candidates.

He made another bid to enter Lok Sabha by contesting from Koppal as a Janata Dal candidate but was defeated by Congress candidate, Basavaraj Patil Anwari. Anwari secured 2,41,176 votes while Siddharamaiah secured 2,29,979 votes.

3 COMMENTS ON THIS POST To “Wadiyar was elected with a record margin of votes in 1989…and in 2014, Pratap Simha got highest number of votes”