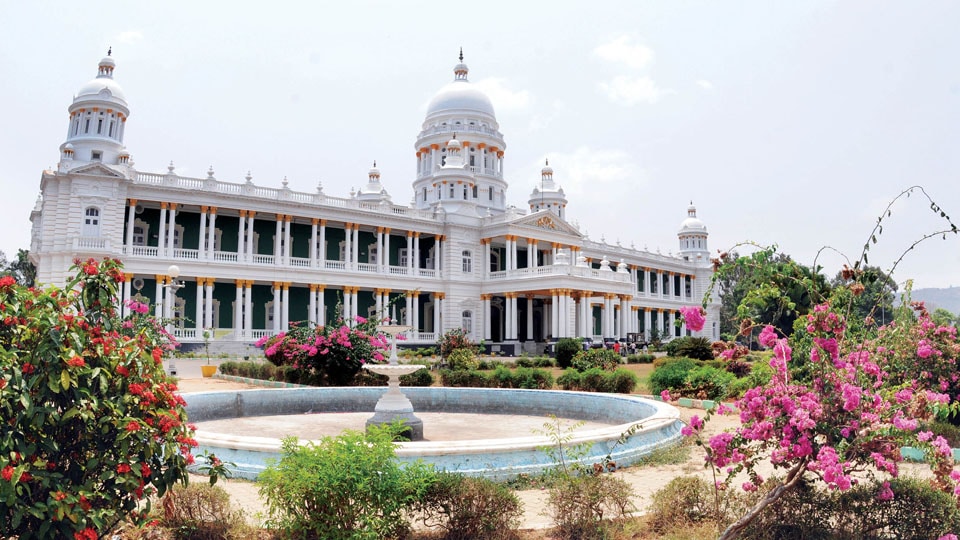 Mysore/Mysuru: Will Tata Group that runs the prestigious chain of Taj Hotels take over the iconic Lalitha Mahal Palace Hotel in Mysuru?

According to reliable sources from Bengaluru, the Tata Group has offered to run the luxury hotel at a virtual meeting that was chaired by Chief Minister B.S. Yediyurappa. The meeting was convened to discuss investment opportunities in Karnataka. The Tata Group was represented by Tata Sons Chairman N. Chandrasekaran and other top executives of the company.

The meeting was also attended by Puneet Chhatwal, Managing Director of Indian Hotels Company Limited (IHCL), a group company of TATA’s under which the Taj Hotels are managed.

Sources said that the State Government too is keen to hand over the Hotel to a private agency or a hotel conglomerate which has expertise in managing heritage property as Jungle Lodges and Resorts, which is presently running the hotel does not have expertise in running a heritage hotel. Sources added that the CM listened to the proposal tabled by Tata Group but did not comment as the subject fell under the domain of policy.

As a matter of policy, the Government cannot favour any one business group while handing over a Government enterprise like the Lalitha Mahal Palace Hotel to a private player. As per norms, if at all the Government decides to hand over the State-run enterprise to private parties, it has to do so after floating a Request For Proposals (RFP) or global tenders which the Government intends to do, sources added.

Speaking to Star of Mysore this morning, Tourism Department Principal Secretary T. K. Anil Kumar said that talks were on at the Government level to transfer the management of all heritage properties in State to a private player on a lease basis. “We have to call global tenders as part of the rule and then lease out the properties to the highest bidder,” he said.

On the question of Tata Group taking over Lalitha Mahal Palace Hotel, Anil Kumar said that this is not about any particular company. “Tenders or RFPs would be called and the suitable bidder can get to manage heritage properties,” he said. Sources added that the tenders are likely to be called in a month or so and the idea was to lease out heritage properties for a 10-year period.

Meanwhile, Chairman of Jungle Lodges and Resorts M. Appanna told SOM that he was not aware of the proposal of handing over Lalitha Mahal Hotel to private players like Tata Group. “We are drawing up plans for centenary celebrations of Lalitha Mahal,” he said.