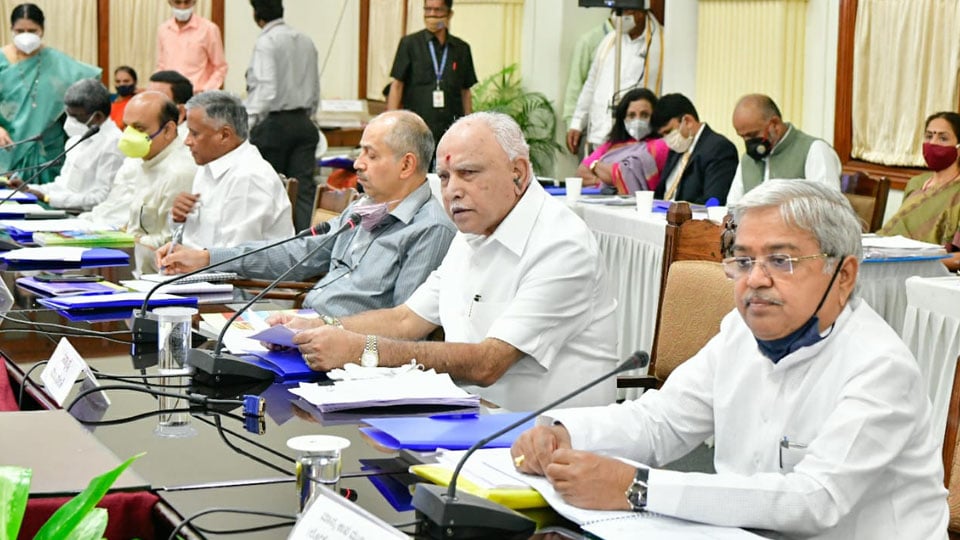 Bengaluru: Hours after allocation of portfolios, several newly-inducted Ministers and the existing senior Ministers have openly expressed their displeasure.

As soon as Governor Vajubhai R. Vala gave his assent to the list of Ministers with the portfolios this morning, a few senior Ministers are planning to meet Chief Minister B.S. Yediyurappa (BSY) to vent out their anger.

Dr. K. Sudhakar, who was holding two key portfolios (Medical Education and Health and Family Welfare), has been divested of Medical Education portfolio, which has now been given to J.C. Madhuswamy. The Law and Parliamentary Affairs portfolio has been snatched away from Madhuswamy and given as additional portfolio to Home Minister Basavaraj Bommai. Madhuswamy told press persons that he was not unhappy but was disappointed over the change of portfolio.

Similarly, MTB Nagaraj, who was eyeing the plum Housing portfolio, presently held by V. Somanna, has been given Excise, which was with H. Nagesh till recently. Nagaraj has openly told media that he had previously served as Housing Minister in the Congress-JD(S) coalition Government, and indirectly poured out his anger.

Another unhappy Minister, Dr. Sudhakar was holding a meeting with those MLAs from Congress and JD(S) who had joined the BJP to install the BJP Government headed by Yediyurappa. As the Chief Minister was in Tumakuru to participate in the rituals connected with the second death anniversary of Dr. Sri Shivakumara Swamiji of Siddaganga Mutt, the dissatisfied Ministers including K.C. Narayana Gowda and K. Gopalaiah, are waiting for his return to express their reservations.

It may be mentioned that the CM had been facing one or the other problem since the Cabinet expansion on Jan. 13 with several legislators up in arms against Yediyurappa. Now, fresh trouble seems to be in store for the CM over portfolio allocation.