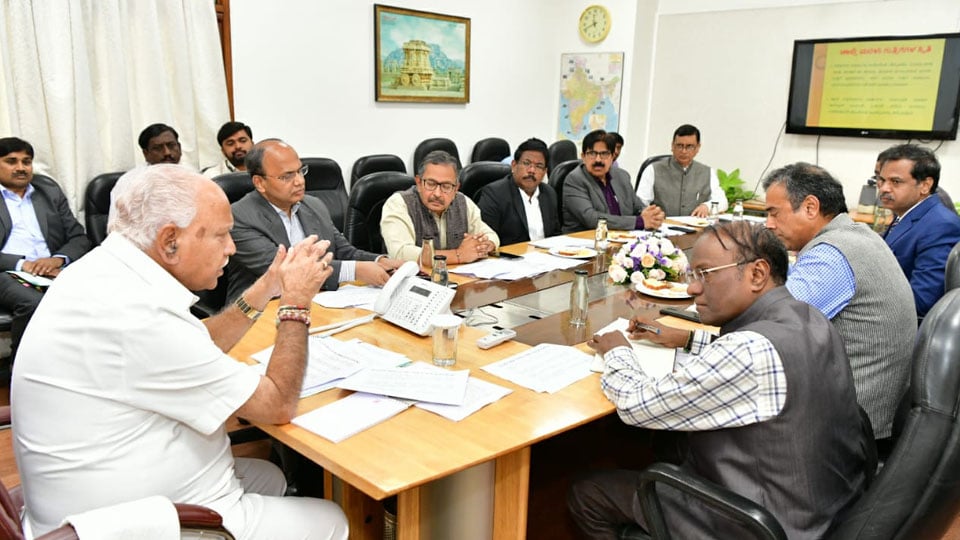 Bengaluru: The State Government has proposed to bring out a new sand extraction policy for meeting the demand-supply gap. The new sand policy will have an online booking system to supply sand and thus will be one of the several measures with which the Government hopes to regulate and streamline sand availability. These measures were discussed at a meeting chaired by Chief Minister B.S. Yediyurappa in Bengaluru yesterday.

The meeting was held to discuss the new sand policy as shortage of sand has hit development works, including Government projects and construction of houses. A draft policy, taken up at a Cabinet sub-committee meeting, was discussed, and the Chief Minister asked officials to formulate a new sand policy based on the sub-committee’s recommendations.

According to a statement from the Chief Minister’s Office, the new policy will allow for sand to be booked online. “A Sand Vehicle Tracking System will monitor the movement of vehicles that transport sand,” the statement said.

“Despite various measures, sand is not being made available on time and this is affecting development works. It is in this backdrop that a policy has been drafted as recommended by a Cabinet sub-committee,” the CMO statement said.

At the meeting, officials also discussed appointing Karnataka State Minerals Corporation Ltd., as the sole agency for extraction of river sand. The agency will appoint contractors for extraction of the sand, which will be stored in Government stockyards. From there, sand will be distributed for sale by the agency.