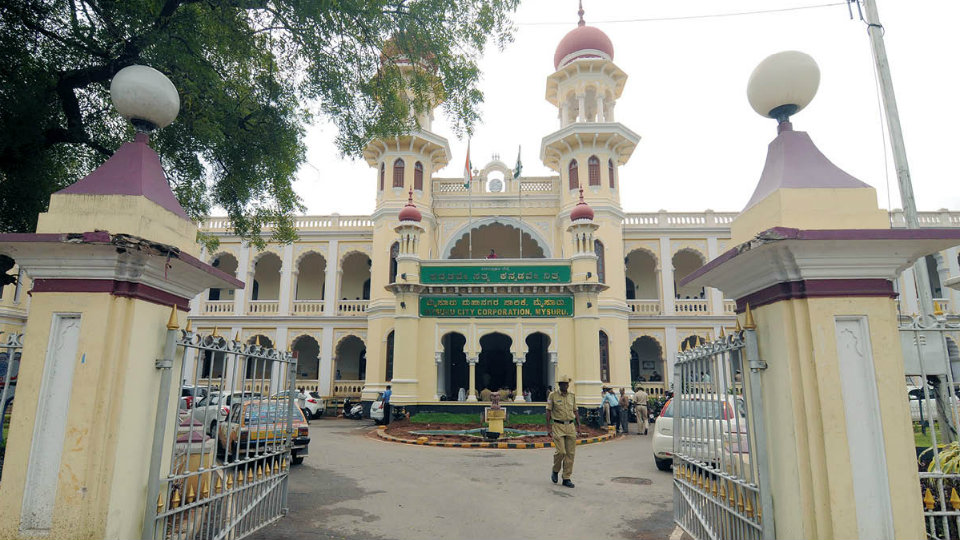 Who will be our Mayor, Deputy ?

Mysuru: Even as the results of the Mysuru City Corporation (MCC) polls held on Aug.31 was declared yesterday, the State Government last evening announced the reservation matrix for Mayoral posts. Accordingly, the Mayor post has been reserved for Woman (General category) and the Deputy Mayor for Backward Class (A) candidate.

Although the Election Commission announced the result on Monday, the newly-elected members will formally become Corporators only after they take oath and a new Council is formed.

After the formation of the new Council, the Regional Commissioner, who is also the Returning Officer, will announce the poll schedule for Mayoral polls, which is likely to happen in about a fortnight, according to MCC Commissioner K.H. Jagadeesha.

EVMs shifted to CITB Choultry: Meanwhile, the Electronic Voting Machines (EVMs) used in the MCC polls have been moved to CITB Choultry in Hebbal after the counting of votes concluded at Maharani’s College of Commerce and Management on Valmiki Road, Vinayakanagar, yesterday.

The EVMs will be stored at Hebbal’s CITB Choultry for about six months as they are needed to be kept for verification in case of any electoral disputes.

The Hebbal, Vijayanagar and Metagalli Police have been guarding the CITB Choultry round-the-clock to ensure the safety of the EVMs.

Hung verdict forces parties to go for alliance: The MCC poll results threw up a hung verdict, with no party getting an absolute majority in the 65-member Civic Body. While the BJP emerged as the leading party with 22 seats, the Congress came second with 19 seats and the JD(S), a close third with 18 seats.

Even as the alliance partners in the State Government — JD(S) and Congress — are in talks straightaway for gaining control of the MCC, the BJP is awaiting the moves of the JD(S), with whom the party had shared power in the MCC last time.

With the Mayor post reserved for Woman (General), the Congress has seven General category woman Corporators while the JD(S) has eleven.

As far as the Deputy Mayor post is concerned, which is reserved for BC(A) category, the Congress has six candidates including a woman and the JD(S) has five including two women.

However, the Mayoral polls will be held only after the Regional Commissioner issues a notification in this regard.  The term of the Mayor and Deputy will be for a period of one year.