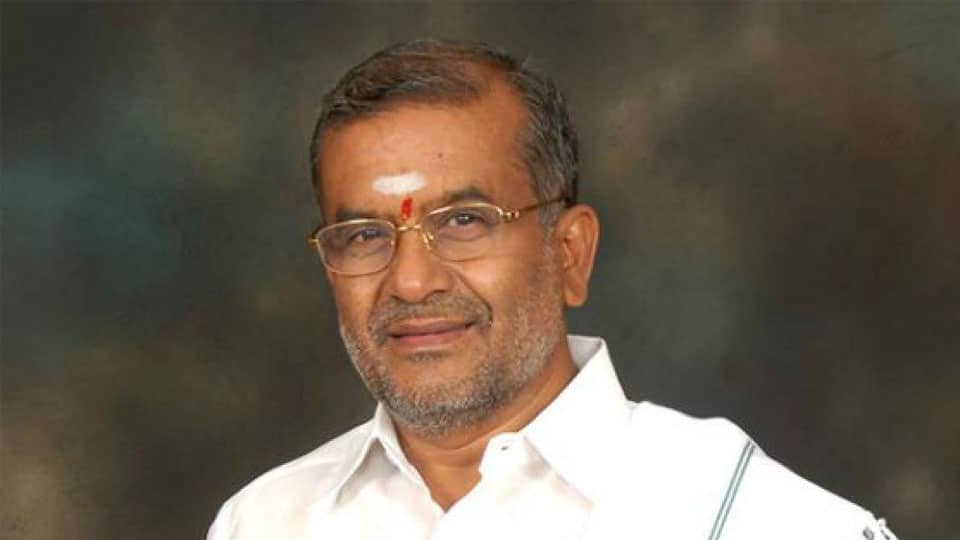 ‘Will consult voters before changing party’

Mysore/Mysuru: Ruling out joining Congress, Chamundeshwari JD(S) MLA G.T. Devegowda (GTD) said that he will consult his voters before taking any political decision.

Talking to reporters on the sidelines of a function here yesterday, the MLA said he tasted defeat when he contested on BJP ticket in Hunsur Assembly Constituency. Such mistakes will not be repeated in future. The opinion of voters will be taken before deciding whether to join Congress or continue in JD(S).

“Still 23 months are left for the Assembly elections. It is too premature to talk anything about it at right now.”

On former CM H.D. Kumaraswamy’s statement on another former CM, Siddaramaiah, GTD said people know well whom to elect and whom to reject. The voters play an important role in democracy and everyone has to abide by their decision.

On change of guard in the State, Devegowda said it was not the right time to talk about it when the State was slowly recovering from the second wave of COVID-19 pandemic.