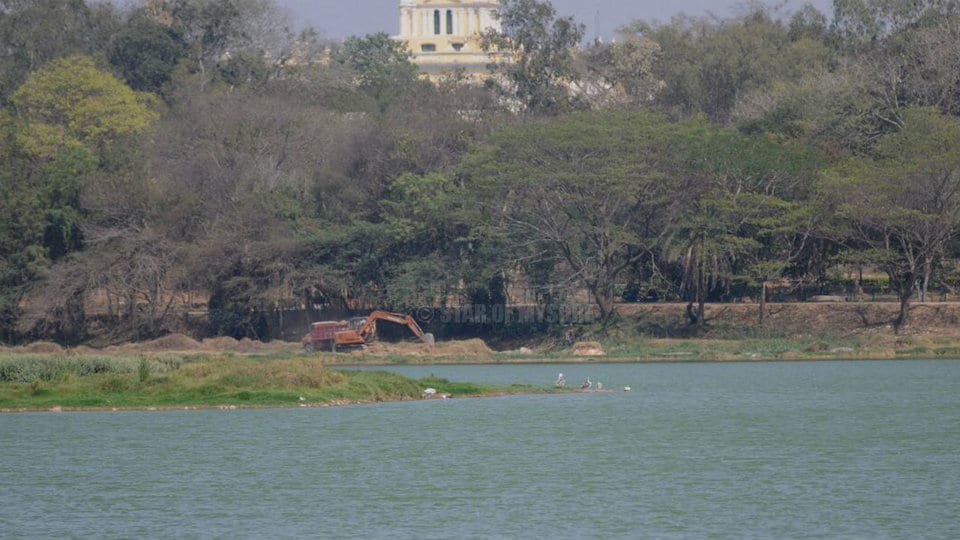 Will Mysureans join environmentalists to Save Kukkarahalli Lake?

It is a crying shame that Mysore University, which has access to the science of harmful impact of de-silting, is bent upon carrying out the process at Kukkarahalli Lake despite protests by the environmentalists. It is difficult to find any expert who would support desilting given the limited technical ability to de-silt without harming the lake. Authorities have not showed any study to show how de-silting will help the Lake.

Those who believe in the positive effect of de-silting may be influenced by the need to de-silt dams or river bed to store more water. But a lake bed is entirely different. In the former there is continuous flow of water. But it is not the case with Kukkarahalli Lake. One cannot remember when there was overflow there. It is true there are some lakes where de-silting (in 2013, Beed district of Maharashtra succeeded in improving water supply when dried up lakes were desilted) has been beneficial. As shown here, Kukkarahalli Lake does not meet any of the criterion for de-silting suggested by the experts.

Pushkar Lake in Rajasthan is often quoted by experts to convince those who believe in de-silting. It went dry in 2009.  Several hydrologists had recommended against the de-silting. But the government did not heed to their advice the same way authorities are ignoring the advice of the experts in Mysuru. Rupees 65 crore spent to save Pushkar went down the drains!

De-silting leads to percolation of water body if it is not done properly. Also when there has not been any overflow of the Lake, what is the need for de-silting? What is needed is clearing water channels feeding water into Kukkarahalli Lake. MGP and other NGOs have been fighting for such a project for years. Unfortunately, instead of implementing the urgently needed project, authorities are carrying out a project which is sure to dry up the Lake.

Latest argument of the authorities is that they will de-silt only the dried part of the Lake bed. What is the burning need to de-silt it? When water flows into the Lake during rainy season and dry bed is under water, de-silting will only increase the chances of percolation and hasten the chances of Lake going dry. This has been seen time and again in most cases of similar de-silting. If there is enough expertise  only to remove silt accumulated without scrapping the layer of the lake bed which stops any percolation, and also there is absolute need, then one can justify de-silting. In the case of Kukkarahalli, it is not the case. Just because funds have been sanctioned and may be taken away, should not be a rationale for spending money.

In a democracy, projects like this (implemented by government authorities or elected leaders) can be stopped when masses show their opposition in large numbers.

Mysureans have taken interest and joined NGOs like MGP in large numbers to save People’s Park (otherwise library would have been built a long time back) and Chamundi Hill (MGP’s PIL is making its way through the High Court slowly). Same interest needs to be demonstrated by Mysureans if we want to save Kukkarahalli especially when science to oppose de-silting is unquestionable.