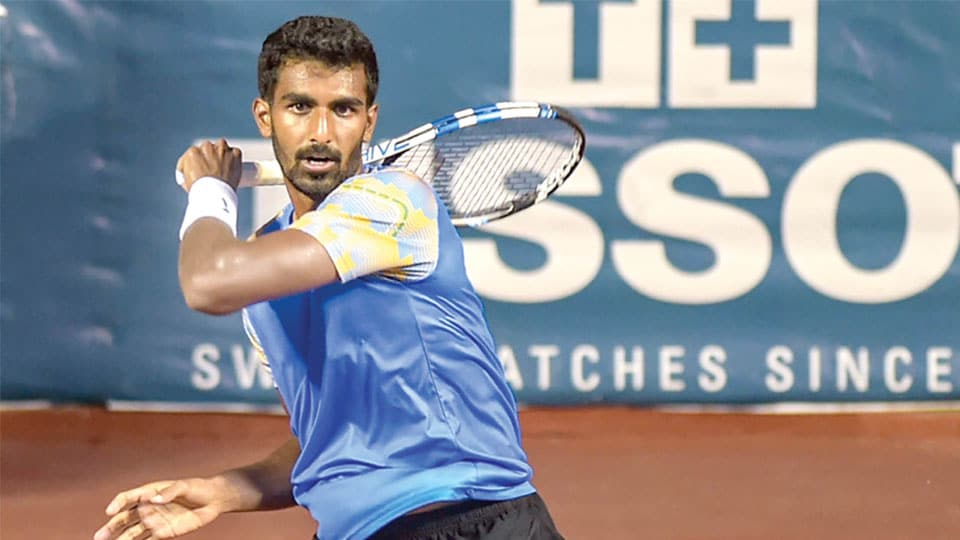 Left-handed Prajnesh, ranked 94 in the world, will make his maiden appearance on the hallowed grass courts at the Wimbledon, today at 6.45 pm (IST).

It will be his third straight appearance at the Grand Slam events this season, having made first round exits at both Australian Open and French Open.

Prajnesh is the only Indian in the singles main draw as Ramkumar Ramanathan and Ankita Raina exited after losing their respective second round matches.

Saketh Myneni had lost in the first round of the Qualifiers.

In the men’s doubles, Divij Sharan and his Brazilian partner Marcelo Demoliner will open their campaign against German 13th seeded pair of Kevin Krawietz and Andreas Mies.

The Indian team of Jeevan Nedunchezhiyan and Purav Raja have been pitted against veteran Australian Lleyton Hewitt and his compatriot Jordan Thompson.

Veteran Leander Paes and Benoit Paire will clash with Kazakhstan pair of Alexander Bublik and Mikhail Kukushkin. The mixed doubles draw will be announced next week.