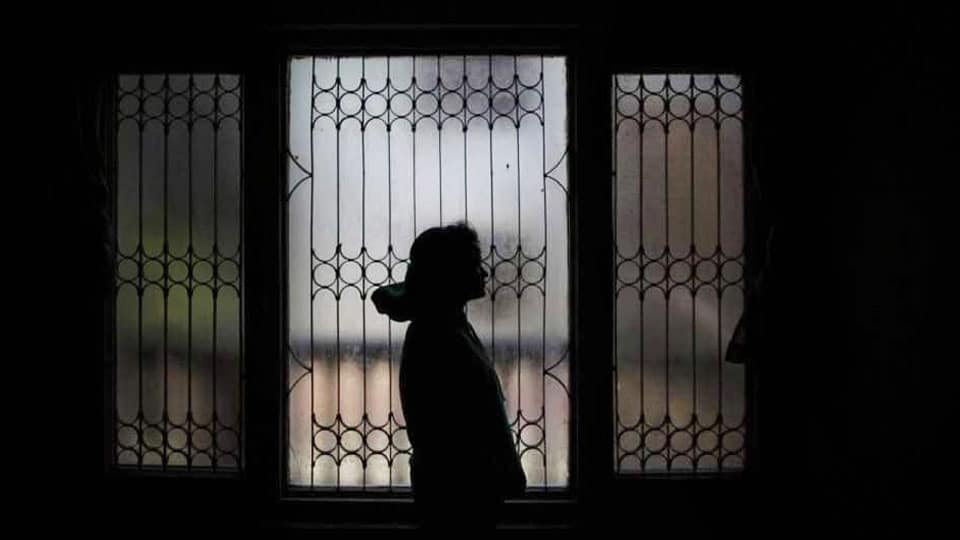 Mandya: A woman, being allegedly raped by her husband’s friends has come to light lately at Kolakaranahundi in the taluk.

The woman was raped by two of her husband’s friends, who also threatened her of murdering her husband if she reveals it to anyone. Fearing the life of her husband, the woman had remained silent and the rapists taking advantage of it had raped her again.

The woman was married about 15 months ago and her husband’s friends identified as Kumar and Ravi used to come to the house quite often during which their eyes fell on the woman. About three months ago, her husband had been to Bengaluru and the woman went to the cowshed to feed the calf when the two dragged her to the nearby sugarcane field and raped her. They also threatened her of murdering her husband if she revealed the incident to anyone besides asking her to come whenever they call her.

Fearing the life of her husband, the woman remained silent but again on Apr. 27, the two, who came to her house, dragged her again to the sugarcane field and raped her and her husband somehow came to know about the incident. When he enquired about it with his wife, she revealed everything.

Depressed that his friends had committed such a heinous act, he attempted suicide and was rushed to a hospital where he recovered.

After he was discharged from the hospital, the woman lodged a complaint at Mandya Rural Police Station on May 13 in this regard.