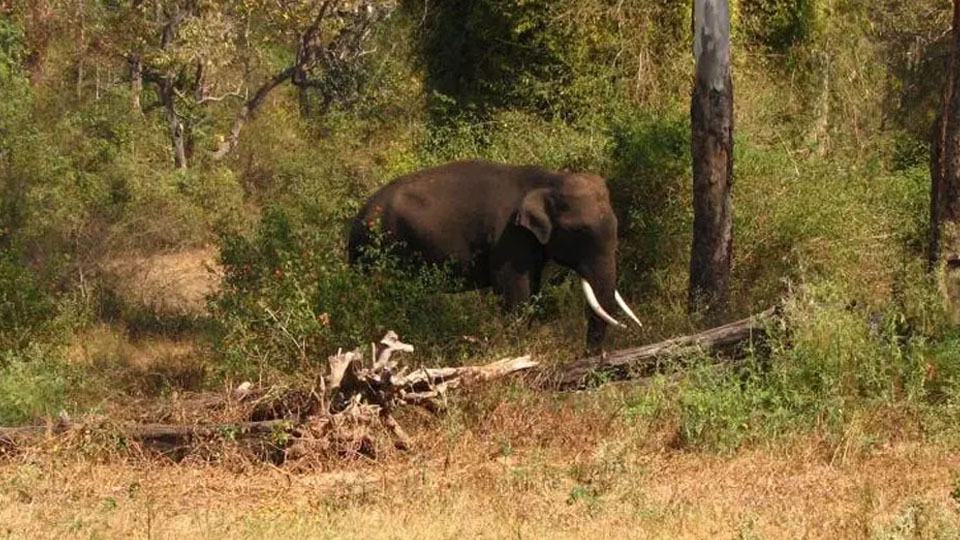 Periyapatna: A body of an unidentified man, said to be killed by a wild elephant was found by passersby in a bush at Allur Gate on Hunsur-Gonikoppa road in the taluk this morning.

Passersby, who saw the body in the bush, informed the Forest Department. Periyapatna RFO Ratan Kumar and staff , who rushed to the spot conducted enquiry during which they came to know that the man was mentally challenged and was found moving around shops near the gate.

RFO Ratan Kumar, who has registered a case is investigating.

Farmers express anger: Meanwhile, the farmers expressing their anger said that the elephants were destroying crops and farm houses at Aane Chowkur, Alalur, Malangi, Muddanahalli, Panchavalli and surround places and alleged that despite lodging several complaints with the Forest officials, no action has been taken to prevent the incidents.

They urged the higher Forest officials to take steps to prevent the elephants from raiding the plantations and destroying the crops and houses.

Beechanahalli: A wild tusker, which entered Beechanahalli village in H.D. Kote taluk early this morning, has damaged two bikes, one bicycle besides seriously injuring a woman.

The woman, identified as Lakshmamma, was sitting in front of her house when the wild tusker attacked her leaving her seriously injured. She has been admitted to the local hospital.

The villagers, who saw the elephant, began shouting asking the residents to stay indoors. But many children and youths ventured out of their houses to have a glimpse at the elephant.

Meanwhile, Beechanahalli Police and the Forest Department personnel, who rushed to the spot, were trying to drive the elephant back to the forest.