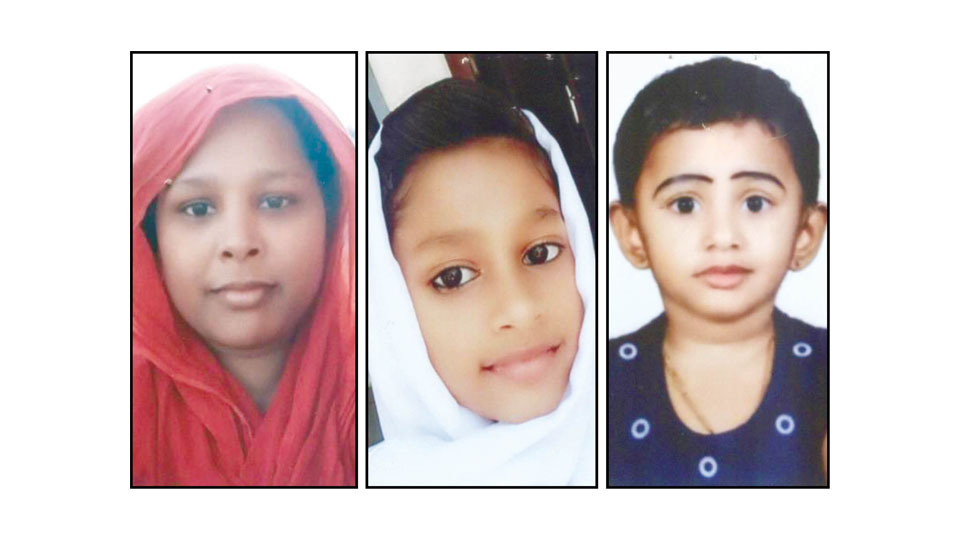 Mysore/Mysuru: A 35-year-old woman, who left her house along with her two children, on Dec. 3 at about 7 pm, has since gone missing, according to the complaint lodged by the woman’s husband Shihabuddin with Saraswathipuram Police.

While the missing woman is Sabeena, her two children are Amna Shaiba and Aifa Sana.