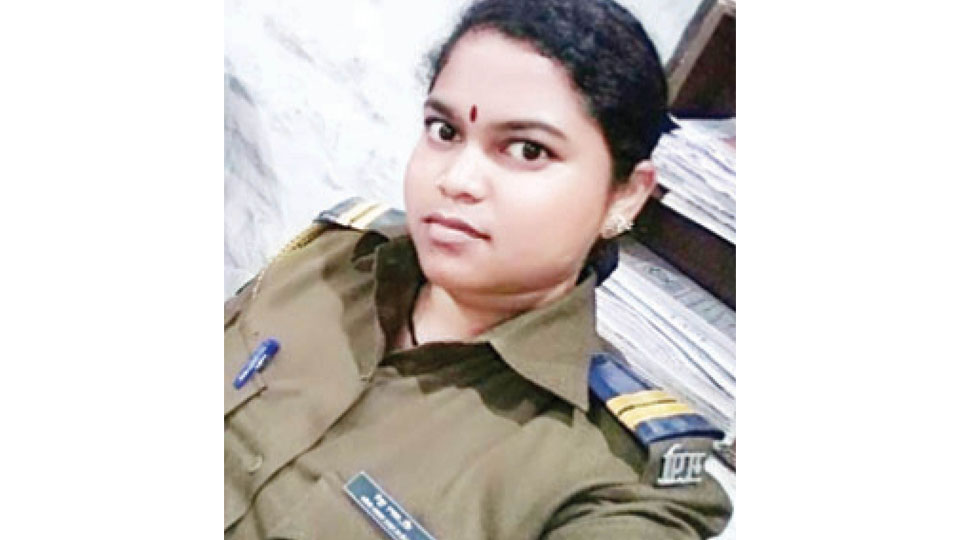 Woman Constable missing from Maharashtra suspected to be in Mysuru

Mysore/Mysuru: The mobile phone tower location of a Woman Police Constable, who has gone missing from Maharashtra under mysterious circumstances, has been traced in Mysuru and a team of Maharashtra Police, suspecting that the Constable has been kidnapped, arrived in Mysuru and have conducted a search operation with the help of local Police.

Satara Police, who took the matter seriously as the Constable had gone missing while on duty, began their investigation and found out that Constable Teja had transferred Rs. 2.20 lakh through PhonePe to the Bank account of a man. When the Police went through the Bank account details of the man, they identified him as Muzamil Shanawaz Khan, a native of Hassan district, who was working at a home appliances store in Maharashtra. The Police also came to know that Muzamil had earlier conned two women by taking them with him and had also got their money transferred to his Bank account.

Suspecting that Constable Teja had been kidnapped by Muzamil, Satara Police began to trace her mobile phone location during which they traced the location in Uttar Pradesh, Bengaluru and other places.

On May 16 at about 12.12 pm, Satara Police traced Teja’s mobile phone location to Mannar’s Complex building at Halladakeri in Mysuru.

A team from Maharashtra’s Police, which arrived in Mysuru, met jurisdictional Lashkar Police and with their help conducted a search operation at Mannar’s Complex building but could not find Teja and Muzamil.

The range of mobile tower is said to be 2-km and hence, the Police team conducted a search operation in the locations close to the tower for two days. It is learnt that after the Police traced Teja’s phone location on May 16, it could not be traced since then.

Yesterday afternoon, the Maharashtra Police team, which arrived at Pathrakartara Bhavan on Tyagaraja Road in city, provided photos of Constable Teja and the alleged kidnapper Muzamil to press persons and urged those having any information about Teja and Muzamil to contact Mob: 93210-33018 or 98222-19011.

Meanwhile, Lashkar Inspector Santosh Kumar, speaking to SOM this morning, said that the Maharashtra Police conducted a search for the Woman Police Constable and the man with the help of local Police and went back to Maharashtra.

The Inspector further said that Mysuru Police are continuing with the search operation and added that the mobile phone location of Constable Teja is not stationary and was always moving from one location to another besides stating that they would intimate Maharashtra Police if they get any vital information about Constable Teja and Muzamil.