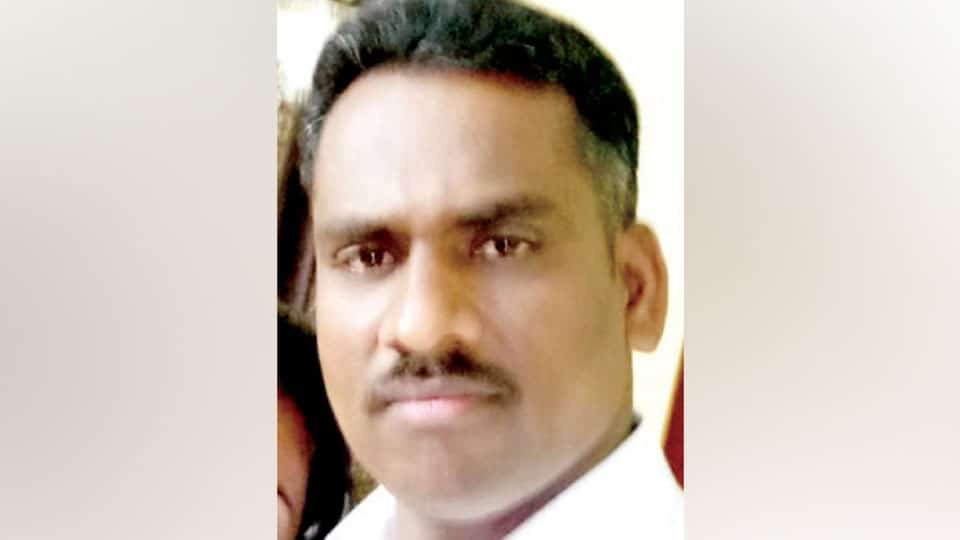 Mandya: A woman from Bengaluru who is a native of Nagamangala in Mandya has filed a complaint with Mandya Superintendent of Police against a Police constable who sexually harassed her through messages and WhatsApp.

According to the woman, the Police constable sent her pictures of his private parts and his actions have caused her severe mental trauma. In her appeal, the woman has sought disciplinary action against the constable.

The Police constable in question here is Gurumurthy who works at Byadarahalli Station in Bengaluru. The woman (name not revealed to protect her identity) has been a resident of Herohalli in Bengaluru since the last 6 years and she had married Kiran of Nagamangala village. They were residing at a rented place and even had a one-and-a-half-year-old girl child.

Over 20 days back, Kiran fought with his wife and told her that he would be leaving her and had asked her to get Rs. 4 lakh for him to continue to lead a family life with her. Following this, the woman lodged a missing person complaint with Byadarahalli Police.

Taking advantage of her hapless situation, constable Gurumurthy managed to get her phone number from the complaint records and started making advances at her. He used to continuously call her and speak in obscene language.

In her complaint to Mandya SP G. Radhika, the woman narrated that instead of offering help to her in finding her missing husband, Gurumurthy used to send her filthy messages on her WhatsApp. “Initially he was cordial but later he resorted to sexual harassment. He even sent me the photograph of his private parts and has caused me mental agony,” she stated in her compliant.

Fed up by Gurumurthy’s attitude, the woman left Bengaluru and came to Nagamangala to her parents’ house along with her child. Despite this, the constable used to call her and harass her. “I recorded his conversation to teach Gurumurthy a lesion and collected all evidence against him,” she stated.