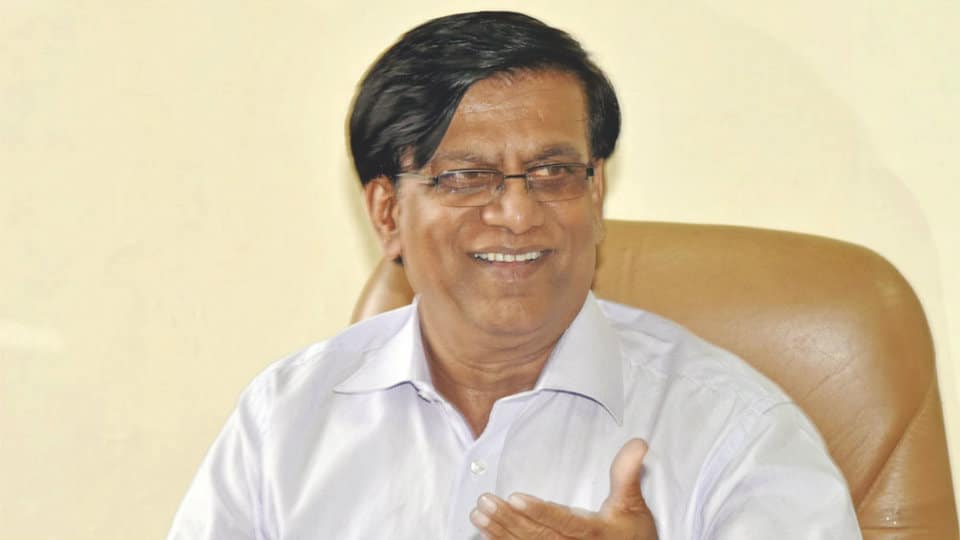 Bengaluru: The ruling Congress was left red-faced here on Wednesday, after Higher Education Minister Basavaraj Rayareddy was criticised by his own party’s student wing — the National Students’ Union of India (NSUI) — which accused his office of being party to a multi-crore marks card scam. The NSUI yesterday, however, modified its statement and said that the Minister was not a party to the scam.

NSUI State President H.S. Manjunath Gowda submitted a memorandum to K.C. Venugopal, AICC General Secretary in-Charge of Karnataka, and demanded that the Minister be instructed to withdraw the order placed for purchase of marks cards for various Universities.

He said that Rayareddy’s office had shown “undue favour” to a private vendor based in Mumbai by asking the Government-owned Mysore Sales International Ltd. (MSIL) to source marks cards from this firm by violating the tender rules under the Karnataka Transparency in Public Procurement Act.

The Mumbai-based vendor is a broker of MSIL and is involved in selling fake marks cards/certificates of our Universities in other States, he alleged. Though the actual market rate of such quality marks cards and certificates is in the range of Rs.8 and Rs.12, MSIL is charging Rs. 36.5 plus taxes.

Meanwhile, NSUI has clarified that Rayareddy had little role to play in the scam, a day after blaming him for supporting it. “If the Minister had a 10% role to play in this, officials have 90%,” NSUI President Manjunath clarified. “We wanted to highlight the difficulty students are facing, since there are lots of fake certificates being generated. Officials and Vice-Chancellors of Universities have colluded. It was done without the Minister’s knowledge,” he said.

READ ALSO  10 Residential Colleges to come up this year: Minister

Higher Education Minister Basavaraj Rayareddy, dismissing allegations of facilitating irregularities in the purchase of paper for marks cards, said that he was being framed because he had a personal difference with the NSUI President Manjunath Gowda.

Rayareddy said, “Manjunath Gowda had met me requesting to pass over 100 VTU students who failed and I had refused to do so. He tried to put pressure on me in various ways; as I did not bend, he framed false allegations.”

Rayareddy also suspects the role of paper supply contractors behind the allegations against him. He said that the State Government does not take decisions regarding the printing of marks cards at State Universities.

The decision to get it done through MSIL was decided in a meeting of Karnataka State Council for Higher Education where representatives of all Universities were present.

Basavaraj Rayareddy NSUI
In Kerala, minimum drinking age to go up from 21 to 23
Woman files complaint against cop for sexual harassment