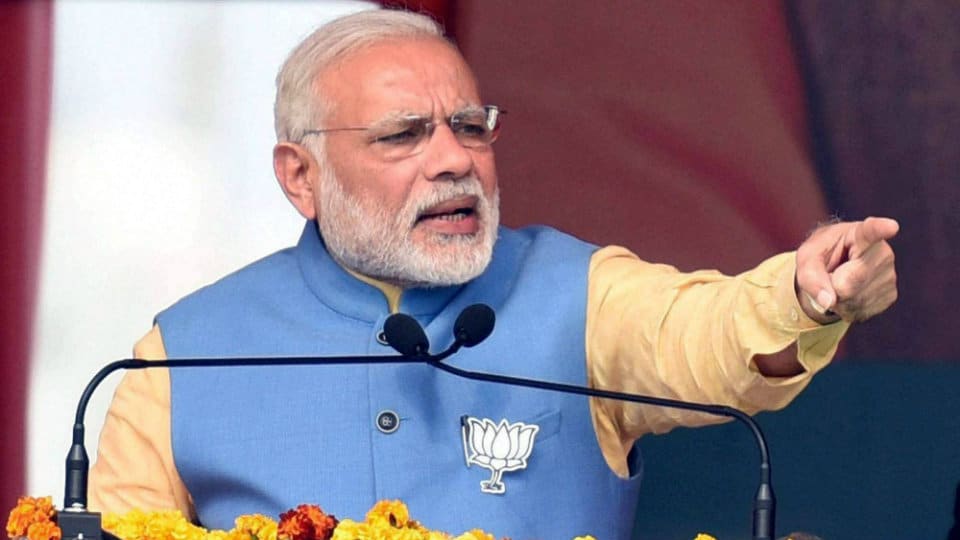 Women can retain their maiden names in passports: Modi

Mumbai – Prime Minister Narendra Modi has announced that women are free to retain their maiden names in their passports now after the marriage.

Stating that he wanted women to be at the centre of the developmental schemes, Modi said his govt. is working in different ways to empower them through various schemes like ‘Mudra’ and ‘Ujjwala’, among others.

“From now onwards, women will not have to change their names in the passport after their marriage,” Modi told a gathering of the Indian Merchants Chambers’ ladies wing over a video conferencing on Thursday.

The government wants the woman of the house to be the priority in all of its development schemes. Citing various women-oriented schemes launched by his government, the PM said the maternity leave has been extended to 26 weeks from the present 12 weeks while another scheme provides for transfer of Rs. 6,000 to women, who chose to deliver in hospitals.