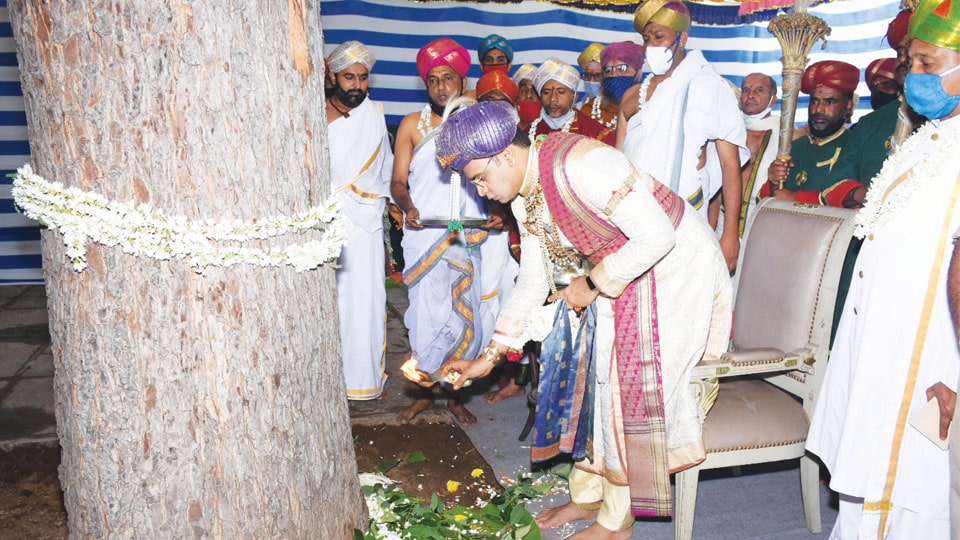 Yaduver began the day by performing ‘Uttara Puja’ at the Palace’s Kalyana Mantapa in the auspicious Tula Lagna between 6.13 am and 6.22 am. Later, Yaduveer, along with the sword (Pattada Katti) kept in the Golden Adda Pallakki, took out the customary Vijaya Yatre to Sri Bhuvaneshwari Temple in the Palace premises during the auspicious Tula Lagna between 7.20 and 7.40 am. Thereafter, Yaduveer performed puja to Banni tree in Sri Bhuvaneshwari Temple, following which Prasada was distributed to frontline Palace staff.

Subsequently, Yaduveer was brought out of the temple by the temple staff and the sword, which Yaduveer carried, was kept in the Golden Adda Pallakki. Yaduveer offered a salute to the sword when Police Band played Royal family’s Nadageethe ‘Kaayo Sri Gowri’, thus marking the end of Vijaya Yatre.