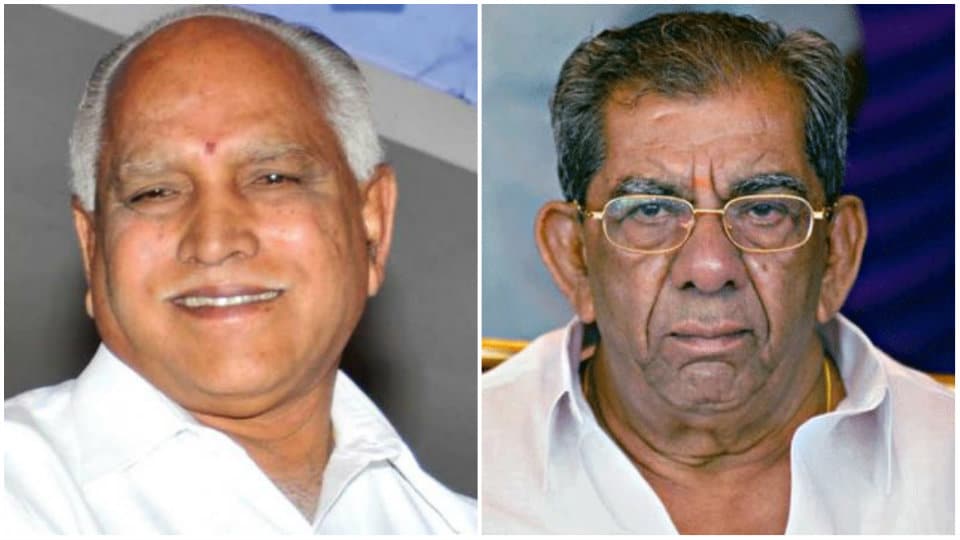 Tumakuru:  Wit the demand for separate Lingayat religion tag gaining momentum with support from some Seers, the reported meeting between State BJP President B.S. Yeddyurappa and veteran Congress leader Shyamanur Shivashankarappa, who is also an office-bearer of Akhila Bharata Veerashaiva Mahasabha, at Tumakuru on Sunday has given rise to speculations in political circles.

The two leaders are said to have met during the State-level Convention of Veerashaiva-Lingayat Employees at Siddaganga Mutt on Mar.11, in which Siddaganga Mutt Seer Sri Shivakumara Swamiji was felicitated.

However, the outcome of the meeting was not known, as both the leaders have kept mum. Even as the meeting between two senior politicians from Veerashaiva-Lingayat community spread, Water Resources Minister M.B. Patil, who is spearheading the movement for separate Lingayat religion, has said that no significance should be attached to the meeting between BSY and Shivashankarappa.