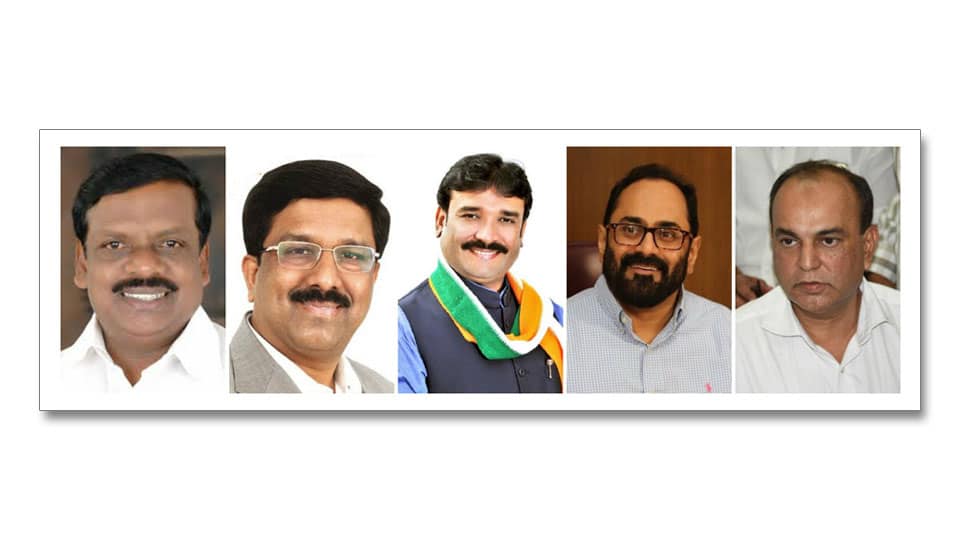 Five candidates in fray for RS polls from State

Bengaluru:  With the deadline for the filing of nomination for four Rajya Sabha seats from the State ending yesterday, five candidates have remained in fray for the four seats. While the Congress which has 123 members in the 224 member State Assembly, is all set to win 3 seats comfortably and the BJP one seat, the polls has taken an interesting turn with the JD(S), which does not have enough members, fielding a candidate of its own.

While the Congress has fielded G.C. Chandrashekar, Dr. L. Hanumanthaiah and Syed Naseer Hussain, the BJP has fielded Rajeev Chandrashekar, a businessman and media entrepreneur and also the NDA Co-ordinator in Kerala and the JD(S) has fielded business tycoon B.M. Farooq of coastal region.

While BJP candidate Rajeev Chandrashekar is eyeing his third RS term, after having got elected twice in 2006 and 2012 an Independent candidate supported by BJP and Independent Legislators, B.M. Farooq, the JD(S) candidate had lost the RS by-polls held a couple of years ago, with seven JD(S) Legislators voting against the party candidate. The Congress which can easily win two seats an its own strength, is also looking to win the third seat with support from a few Independent Legislators and rebel JD(S) MLAs.

The RS poll is scheduled to take place on Mar.23.