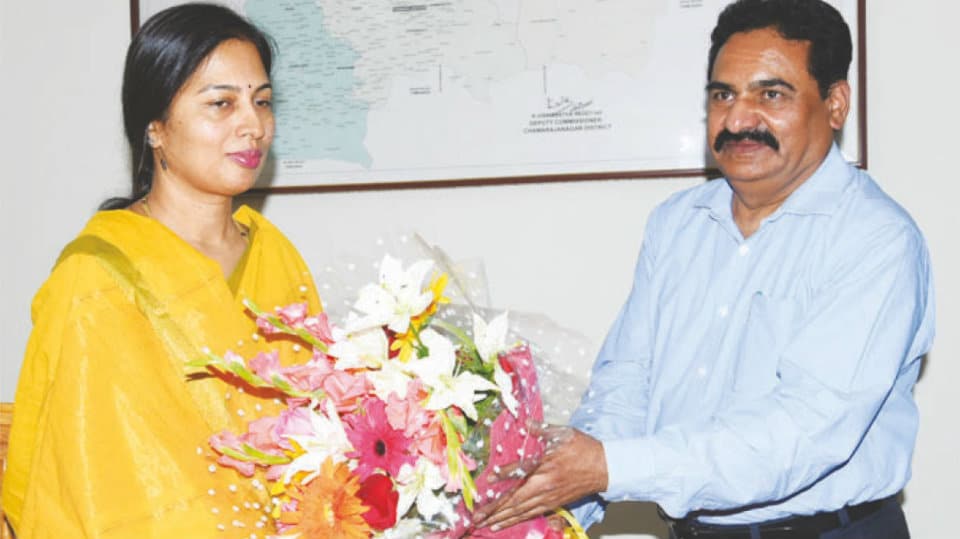 Chamarajanagar:  IAS Officer B.B. Cauvery assumed charge as the new Deputy Commissioner (DC)  of Chamarajanagar district yesterday. She took charge from outgoing DC B. Ramu, who has been posted as Commissioner of Animal Husbandry Department at Bengaluru.

Cauvery was serving as Kolar ZP CEO before her appointment as Chamarajanagar DC.

Outgoing DC B. Ramu, along with his wife, was given a warm farewell by the District Administration and ZP.

Speaking after assuming charge as the DC, Cauvery said that she has many plans for the district. Pointing out that with Assembly polls round the corner and all preparations has to be made for it, she said that her main focus would be on taking up new development works and expediting works that are already in progress. Maintaining that her focus would be on all-round development of the district, she said the geographical features of the district very much varies from Kolar, where she worked as ZP CEO.

The new DC sought the co-operation of everyone in taking the district forward in terms of growth on all fronts.