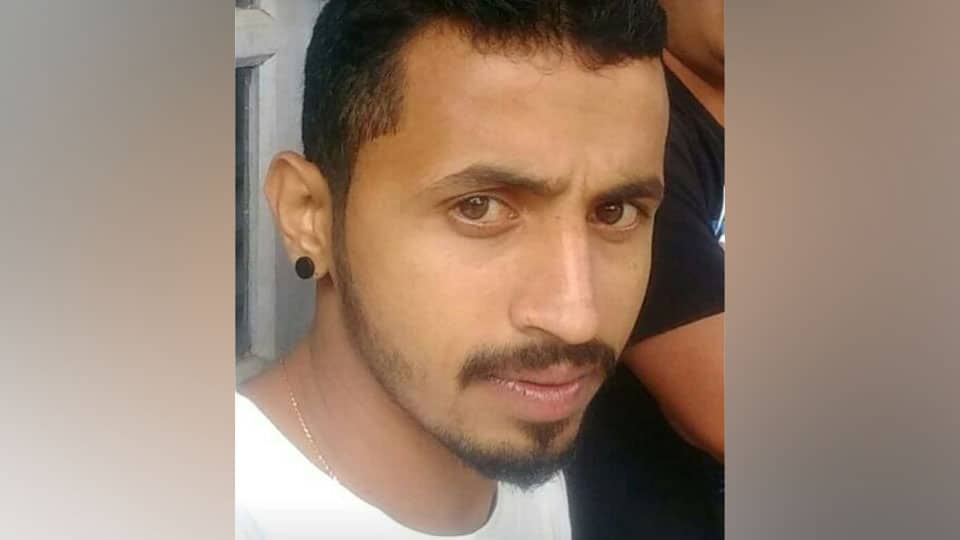 Mysuru – An incident of a youth raping a girl after forcibly making her consume soft drinks mixed with sedatives and blackmailing her for money has come to light lately in city.

While the youth has been identified as Rashi Chinnappa, a native of Padmanabhanagar in Bengaluru and presently residing in Kuvempunagar here, the girl is also from Bengaluru, who is staying in a PG on Kalidasa Road in V.V. Mohalla and is pursuing her engineering course at a private college in city.

According to the complaint lodged by the girl at Vijayanagar Police Station, the youth, about six months back approached her when she was sitting in a restaurant on Kalidasa Road and tried to talk to her. When she ignored him, the youth began to follow her.

After 15 days, when she was again sitting in the same restaurant, the youth, who appeared before her, proposed her and asked her to come to a pub in Vijayanagar 2nd Stage the next day and tell her decision.

The next day (Mar. 15, 2017), the girl went to the pub at about 7 pm, met the youth, rejected his proposal and was about to leave the pub when the youth forcibly offered her soft drinks which she accepted and drank.

As soon as she drank the drink, she felt giddy not knowing what is happening. When she woke up the next day at 6 am, she found herself naked on the bed at a hotel nearby the  pub. She immediately informed her parents.

The girl, in her complaint, has also stated that the youth was blackmailing her and asking her to get Rs. 1 lakh from her parents failing which he would upload her naked pictures on the internet.

Based on the complaint from the girl, Vijayanagar Police have registered a case against the youth under IPC Section 506, 376 (No. 103/17).