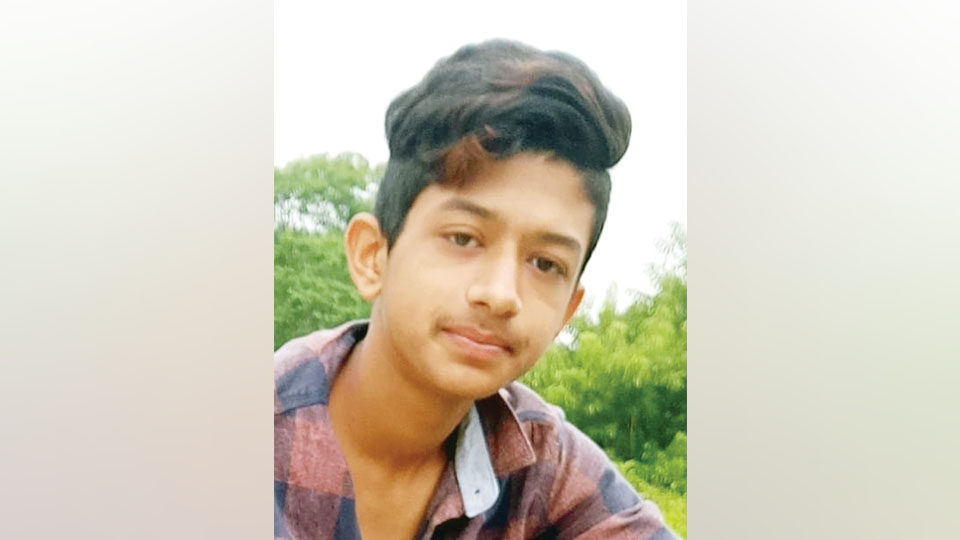 Mysuru: A youth, who had gone out to swim in the Varuna Canal along with his brother and friends on Saturday afternoon, has met his watery grave. The deceased is Gagan (16), son of Sudhakar Shetty, a resident of Metagalli.

Gagan, a ninth standard student of Kuvempu High School, came home after school on Saturday and informed that he was going out to play volleyball. He went with his brother Sujan and five other friends. Later, they went on scooters, to swim in the Varuna Canal, near Belagola Pump House on KRS Road.

In the afternoon, while trying to swim he disappeared in the water probably due to strong currents and his body was washed away. His brother Sujan informed his parents about the tragedy. Immediately they along with other family members reached the canal and started searching for the body.

KRS Police Sub-Inspector Byatarayagowda registered a case and called for expert divers. But even after three days his body was not traced. However, it was finally traced this morning at Vajamangala.

Varuna Canal
The Prime Minister as Gentleman
‘Antigone’ play to be staged on Aug.23 and 24