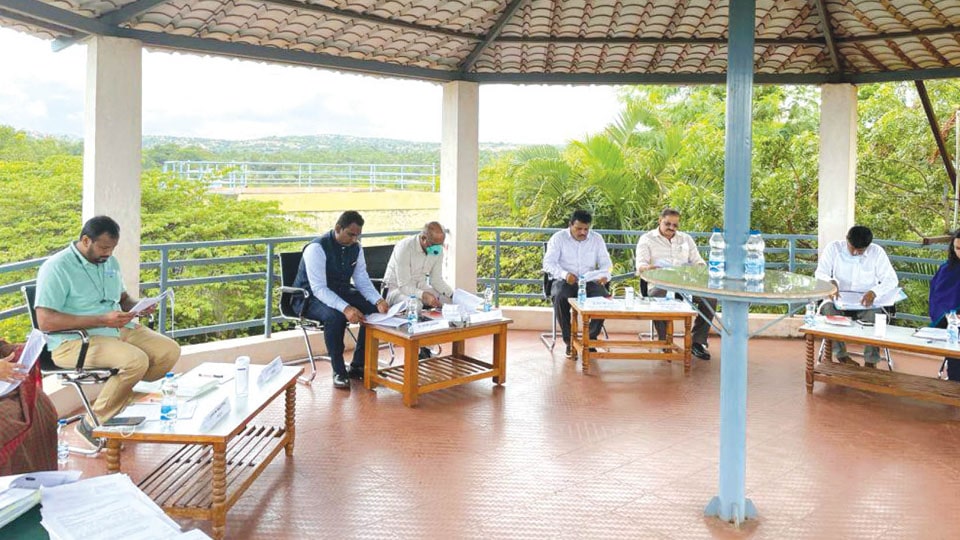 Discussion to prepare DPR for long-pending aquarium project taken up

Approval to provide medical equipment to Belagavi Zoo from Mysuru Zoo, proposal to procure Zeebra from foreign Zoo and hike in entry fee for Mysuru Zoo and Karanji Lake was given.

The much-touted modern aquarium at Mysuru Zoo (Sri Chamarajendra Zoological Gardens), which has been in limbo for years, will now gain fresh traction. The State Government had given its nod for the aquarium and had asked Zoo Authority of Karnataka to prepare a Detailed Project Report.

Mysuru Zoo being one of the top tourist destinations of the city, the State Government had mooted setting up of a huge aquarium connecting Zoo with the adjacent Karanji Lake in 2010-11. The Mysuru City Corporation (MCC), the executing agency, had started the works on the project in about 6,000 sq. ft. area at a cost of Rs. 4.26 crore. But as the project cost was estimated at Rs. 30 crore, the MCC and Mysuru Zoo entered into a row over release of funds, following which the works came to a standstill since then.

With the ambitious project in limbo for years, S.R. Mahesh, who was the Tourism Minister in the Coalition Government, evinced interest in the completion of the aquarium had conducted an inspection of the project on July 1, 2018. Following a direction from Mahesh, the Aquarium building was handed over to the Zoo authorities on July 14, 2018.

A New Zealand-based firm had shown interest in the project. The firm had built an Aquatic Life Science Park in 13,000 sq. mts area at Ahmedabad in Gujarat at a cost of Rs. 257 crore.

Hopefully if everything goes according to the plan, tourists who visit Chamarajendra Zoological Garden will get to experience the aquatic life through aquarium project.