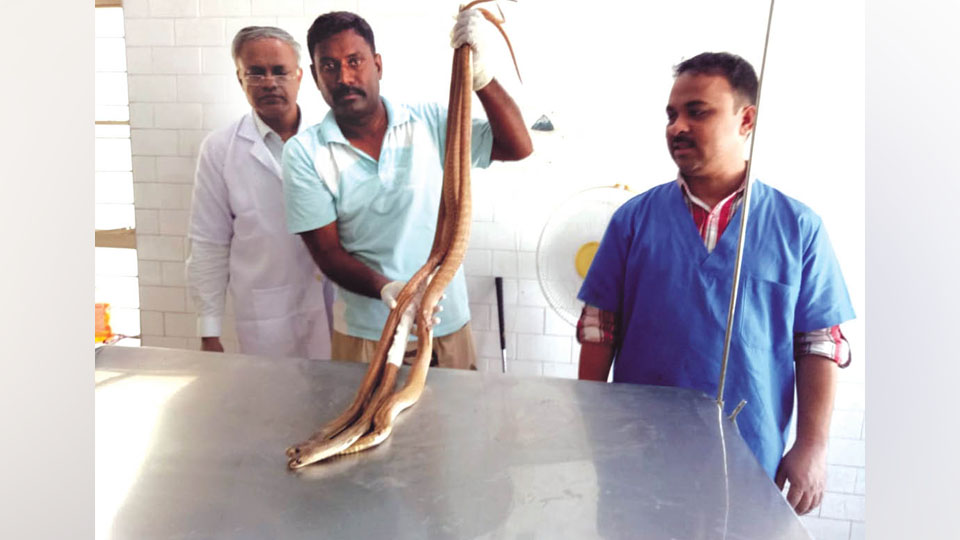 Mysuru: Three Cobra snakes, which were injured when an earth-moving machine was digging a pit at Bharatiya Reserve Bank Note Mudran Private Limited (BRBNMPL) premises in Metagalli, were rescued and treated at a Veterinary Hospital in city.

When the earth-moving machine was digging a pit and lifting the mud, a snake was spotted in the bucket of the machine, which was injured. The machine operator immediately released the snake along with the mud nearby and again began to dig in another place, during which, two more Cobra snakes were injured.

Snake rescuer and staff of Hebbal Fire Station Kemparaju, who rushed to the spot on receiving information, rescued the snakes, provided first aid and took them to a Veterinary Hospital and got them treated. Veterinarians Dr. Yashwanth Kumar and Dr. Rudregowda provided treatment to the snakes. The snakes were later released into the wild.