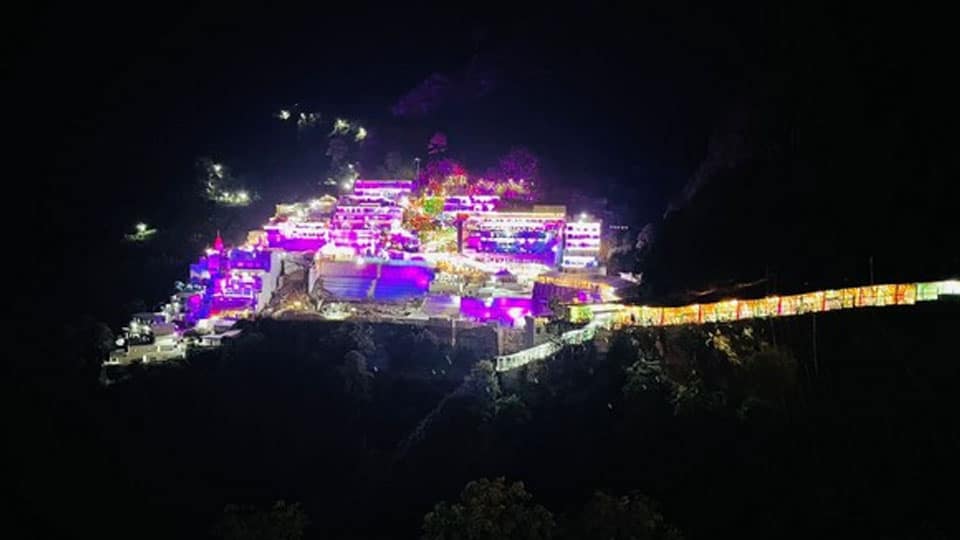 Jammu: Twelve pilgrims have died and over a dozen injured in a stampede at Jammu and Kashmir’s (J&K) Mata Vaishno Devi shrine. The stampede was triggered by a “minor altercation among some young boys” amid a massive rush of devotees on New Year, officials said today.

Prime Minister Narendra Modi is “personally monitoring and keeping track of the tragic situation,” a Minister in his office said.

Additional Director General of Police (ADGP) Mukesh Singh confirmed that 12 pilgrims have died and at least 14 are injured in the stampede. “All the injured have been taken to a hospital,” he added.

The incident occurred outside the sanctum sanctorum of the shrine on Trikuta Hills. J&K Lt. Governor Manoj Sinha said that a high-level inquiry has been ordered into the stampede.

“Preliminary information from the scene suggests that a minor altercation among some young boys led to the stampede at the Mata Vaishno Devi shrine in which 12 people unfortunately died,” J&K Director General of Police (DGP) Dilbag Singh said. “Police and officials from the civil administration were quick to respond, and the order within the crowd was immediately restored, but by that time, the damage had been done,” he told.

He further said that all those injured have been taken to hospitals, where the condition of some is stated to be “serious”.

The Lieutenant Governor of J&K shared the Helpline numbers of the Mata Vaishno Devi Shrine Board.

“Extremely saddened by the loss of lives due to a stampede at Mata Vaishno Devi Bhawan,” said Prime Minister Narendra Modi, sending his “condolences to the bereaved families.”

Senior officials and representatives from the Shrine Board are at the spot.