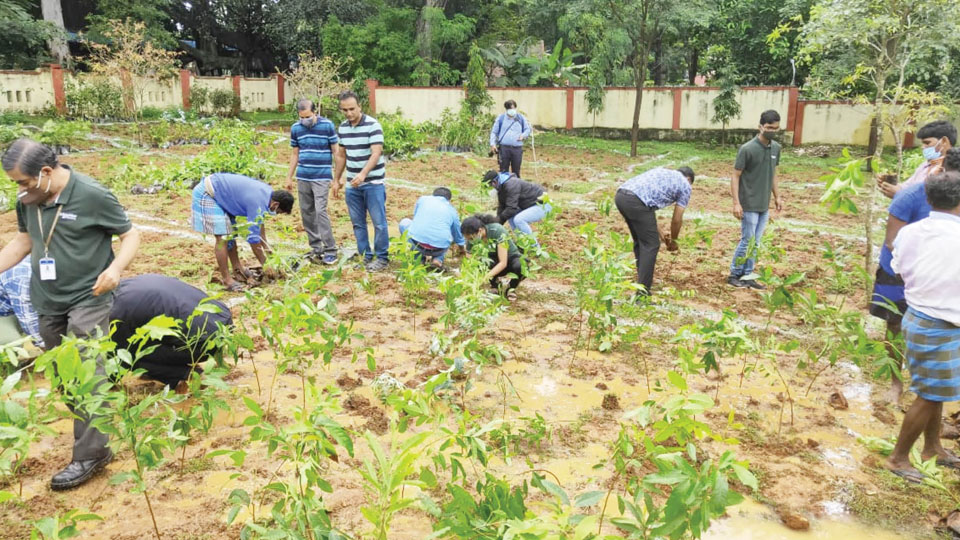 The Railways undertake extensive plantation drive every year. Besides increasing the green cover over the Railway land, planting of saplings and harvesting of mature trees is a continuous process.