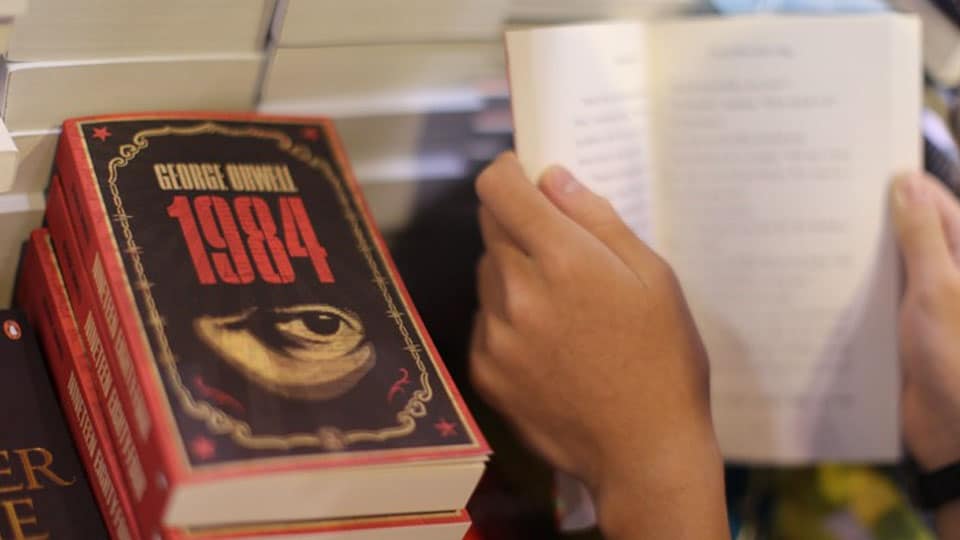 It’s now two months since the Union Government issued orders that turned India into a surveillance State. Ten investigative agencies were authorised to “intercept, monitor and decrypt” all computer material kept by all citizens. The authorities justified it by saying that the rules were framed by the Congress-led UPA Government. That is a flop explanation because one iniquity does not justify another.

The scariest picture of a surveillance State was sketched in George Orwell’s classic novel “1984” written in 1949. Looking 35 years ahead at that time was, for Orwell, like looking into a completely re-configured world because the war had just ended and Soviet Communism seemed poised to gobble a sizable chunk of the world. Orwell saw The Party, led by Big Brother and the Thought Police using media manipulation and advanced technology to control populations. Doublethink was common and Newspeak emerged as the  lingua franca. Oceania, the country that emerged when the US devoured the British Commonwealth, Eurasia, constituted by the Soviet absorption of continental Europe, and Eastasia,  that controlled all of the Far East were in perpetual war.

What Orwell feared didn’t quite work out that way except that the superpowers got into perpetual war. But a more comprehensive version of the Orwellian nightmare took shape, quite unexpectedly, in India. Advanced technology has been at work for a while. Media manipulation and Thought Vigilantes became facts of life after 2014. Doublethink became a mark of nationalism, Newspeak the way to success. And now, Big Brother has officially declared that he is watching. A group of filmmakers in Mumbai said at a closed-door meeting that they feared being branded anti-national. Amol Palekar was stopped by on-stage officials of the National Gallery of Modern Art when he started to criticise some official policy decisions on art. An Ahmedabad college cancelled its scheduled speech by Jignesh Mevani, a former student, because of ABVP threats. The principal resigned in protest, realising no doubt that he had no role when The Thought Police thought all permitted thoughts.

It must have surprised Orwell that Stalinism, the hatred of which was the provocation for his novel, did not become the horror he feared. Stalin was repudiated by his successors and then forgotten. Strangely, the Big Brother concepts took shape in the very country with which Orwell was umbilically connected. (He was born in Motihari, Bihar, where his father was a British civil servant).

Did Orwell pick the year 1984 on a whim? British speculation centred around a Jack London novel in which a political movement comes to power in 1984 and a G.K. Chesterton story set in 1984. But the choice of the year proved portentous for the country he had probably forgotten by then, some calling it the year that changed India. Early that year, Indira Gandhi ordered the ill-advised military assault on the Golden Temple in Amritsar where Jarnail Singh Bhindranwale had sought refuge to escape from arrest. In October, Indira Gandhi was shot dead by her own Sikh guards. This was followed by anti-Sikh riots that killed an estimated 10,000 people. The year closed with one of the worst industrial disasters in history when poisonous gas leaked from the Union Carbide pesticide factory in Bhopal, killing 4,000 people outright and another 16,000 later. Did Orwell have some kind of a premonition about India when he picked 1984? Was some evil eye at work unseen?

The world Orwell conjured up might have been maniacal. But it was fictional. The India that emerges from the Home Ministry’s surveillance order is all too real. It gives agencies like IB, RAW, CBI and even the Delhi Police Commissioner a blanket licence to access electronic information. A full week would pass for any restraint order to come if at all. This makes a mockery of the Supreme Court order that the right to privacy is integral to the fundamental right to life guaranteed under Article 21 of the Constitution. Why is the Government so jittery?

READ ALSO  Congress did it then, bjp now

In an ideal world where people identify themselves with their government, the security of the State and the security of its people would be one and the same. Since the world is not an ideal one, some security systems are necessary. But no democracy has introduced an omnibus spying system of the kind India has put in place. What Delhi has revealed in the process is a “them and us” separation between the people and the Government. Why have the people of India become such compulsive contrarians, to use the phrase coined by Arun Jaitley, our impulsive disciplinarian.