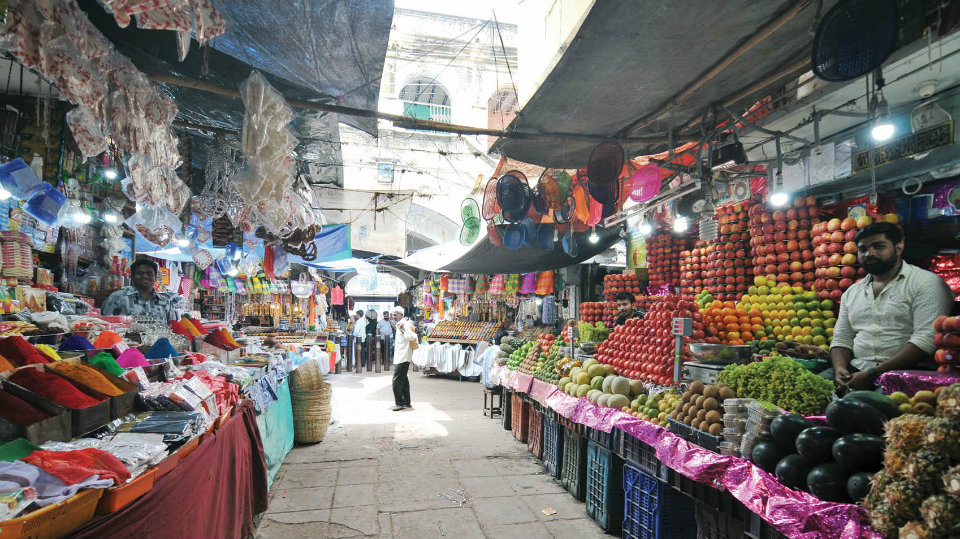 “Chief Minister must not fall into the trap of heritage mafia,” says a retired Chief Engineer, who had worked for a Multinational Construction Company

Mysuru city is witnessing a great debate on preservation of heritage structures, particularly Devaraja Market and Lansdowne Building. While on one side Heritage Specialists argue to safeguard the structures, the Development Experts voice their concern about the safety of users and efficient use of space in the Central Business District (CBD). These are the points for consideration.

Heritage (both cultural and natural) forms a significant resource for a city which needs to be part of the development process. The urban cultural heritage of a city includes both tangible and intangible elements.  This comprises archaeological sites’ remains, ruins and monuments protected and unprotected, natural and man-made water systems, ghats, ponds, bazaars, streets, chowks etc. Intangible resources are the way people live/lived, living space, practices, traditions, performing arts literature etc. Mysuru city has both tangible and intangible heritage resources in addition to natural heritage resources. Mysuru city is unique to be blessed with natural resource like Chamundi Hill which is an excellent backdrop for the city and contributions of our rulers in the past to add cultural heritages  in the forms of buildings, promoting arts and literature.

In this context, the city has acquired Heritage Tag and accordingly the Central Government sanctioned JnNURM (2005-2012). The concerned citizens of Mysuru, in association with the State Archaeology, Museums and Heritage Department, identified and prepared a list of around 230 buildings for preservation and conservation. The list includes Government, semi-Government and Private buildings.  Government has a say as far as its property but cannot directly intervene in private buildings. Incidentally, Mysuru city does not have a single ASI (Archaeological Survey of India) monument within the City Corporation limits.

The two buildings under discussion in city are only listed as heritage structures but do not have any legal sanctity.  At most they come under State Archaeology for maintenance but the question is: Are they doing anything? Devaraja Market and Lansdowne Building are the properties of the City ULB — Mysuru City Corporation.

Let me come to the point, that no doubt these two buildings are nearly centuries old so also many houses in Agraharas in the city are also century-old. The Market was built to cater to the needs of the city and it was planned to meet the basic requirements of the city with limited population. People were happy up to 1990s to visit and get the fruits and fresh vegetables in addition to other household goods. Lansdowne Building was basically to cater miscellaneous services like book shops, services like typing etc. In fact, this building housed up to 1970 a Middle School and I happened to be the old student. Both the buildings are allowed to be used, disused, overused and misused.

Devaraja Market was planned for a limited use and as seen in the past, there was enough space to freely move around to buy your fruits and vegetables.  Today it houses nearly three times the sellers and vendors — legally rented and illegally sublet shoppers.

Firstly, the Market does not have capacity to accommodate the present on-going business. Secondly, it cannot hold many people particularly the days preceding the festivals and fairs.  Imagine if there is a disaster like collapse of the part of the building (happened in the past), fire or any unforeseen disaster, does it have an escape exit to ensure the safety of the people during the peak business hours? In 1980s, there was a fire accident in the market due to short-circuit but the fire tenders could not do much as they have no entry point or even to access water to douse the fire.

Two incidents of collapse of the building on the Northern side and South Eastern sides should be considered as a caution sign as far as the safety or carrying capacity of the Market. If any disaster happens, who will be held responsible? Heritage experts will not come into the picture at all.  Therefore, the decision of the City Corporation to demolish the structures and build a new one on the same architectural features is justified and people of Mysuru should support it. There may be conflicting reports by two Committees, but final decision rests with the MCC. Today, 75% of the people do not come to the Market by walk, they come on two or four-wheelers and where is the space for them to park the four-wheelers and sometimes even the two-wheelers do not find  parking space. According to me, the space in the CBD is not efficiently put to use to recover the value of the costly land. There is demand for the space to sell the daily and weekly requirements but also space for professionals besides space for parking of vehicles.

The Revised Master Plan for Mysore Planning Area has already dealt with this issue and suggested for Redevelopment (Reconstruction).  In many cities like Delhi, Chennai and Bengaluru, this type of Urban Renewal has taken place and it has resulted in decongestion and better utilisation of the space. Technology and building materials are available to redesign and to reconstruct/redevelop both Devaraja Market and also Lansdowne building. We have experts in Karnataka who can redesign keeping all the architectural features like elevation on all sides with appropriate colours to look the same. In Devaraja Market, there is a slope of about 7 to 8 feet from North to South and the basement could be designed for vehicular parking without any hassles, ground floor and part of first floor for the present users/tenants and part of the first floor to be rented for Professionals like Lawyers, Medical professionals (only Consultants), Architects, Business Advisers and Chartered Accountants.

These groups not only keep the space in good condition but also ready to pay the Market rent. The Special Regulations under RCDP 2031 stipulates only G+2 and therefore the redeveloped market will not cross the current height. I would even urge the MCC to go for Public-Private Partnership. The developers should adhere to the basic features of the Market and MCC is only letting the space and redevelopment by private party on any one of the PPP models of BOT/BOOT.

Lansdowne Building area has limitations for parking but shops and professional space could be created and the present occupants will be ready to pay the rent with the entire road to be made a Pedestrian Mall.