Home » Columns » Narayanan’s non-partisanship was classic. So was Kalam’s. Mukherjee played safe. His successor will be safer 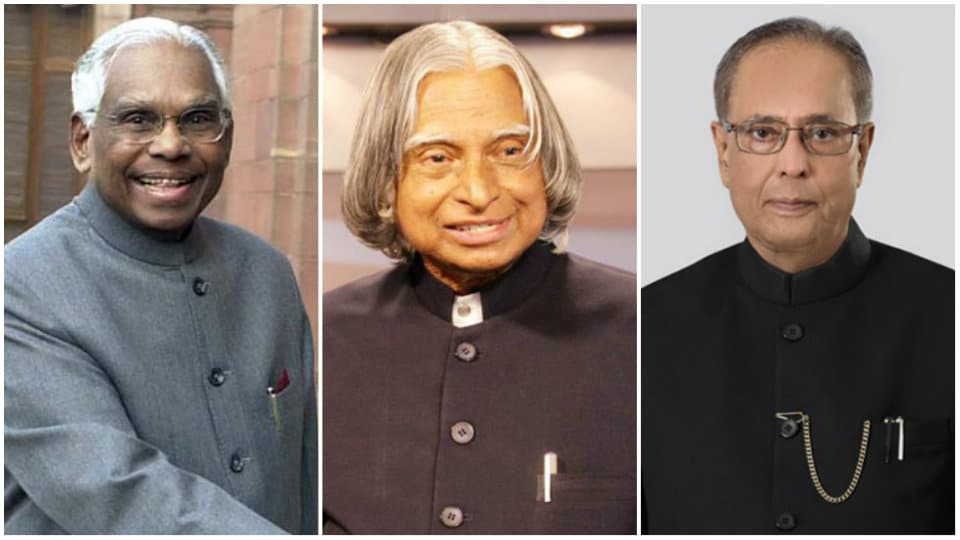 Narayanan’s non-partisanship was classic. So was Kalam’s. Mukherjee played safe. His successor will be safer

In his farewell speech, President Pranab Mukherjee highlighted India’s strong points and said they had become endangered. “Multiplicity of culture, faith and language is what makes India special,” he said. “The soul of India is in pluralism and tolerance,” he said. Then he referred to increasing violence in the country and warned: “At the heart of this violence is darkness, fear and mistrust.” All true, very true. But the question arises: What did President Mukherjee do to use the constitutional and moral power of his office to protect the soul of India against the forces of darkness?

The Bengali intellectual in Pranab Mukherjee paid laudable attention to the culture associated with the Rashtrapathi Bhavan. His focus during the period of his Presidency was on bolstering the grandeur of the place — converting the old stables into a museum, restoring the building housing the President’s Bodyguard and so on. Reports say that the complex now looks more magnificent than before. But the pluralism, the tolerance, the darkness, the mistrust? That story got lost in translation.

Not that the President has powers comparable to the Prime Minister’s. But he has powers that can be used —powers that come from perceived impartiality, from the exercise of checks and balances. Of the 12 Presidents before Mukherjee, nine chose to remain safely inconsequential. (Zail Singh and Fakhruddin Ali Ahmed went to the extent of declaring their servitude to the Prime Minister while V.V. Giri and Sanjiva Reddy sustained servitude without declaring it — evidence of the overriding power Indira Gandhi ensured for herself.)

READ ALSO  BJP's coup may send a nice man to Rashtrapathi Bhavan; but questions remain about politics by caste

Of the three Presidents, who dared to plough independent furrows, Rajendra Prasad, the first President of the Republic, was a loner. Firstly, he became President despite Prime Minister Nehru’s opposition. Nehru was against him because he was Sardar Patel’s choice and was religiously inclined (though not communally, in today’s Hindutva sense). Secondly, he wanted powers the Constitution did not envisage. There was an exchange of letters between the President and the Prime Minister with Rajendra Prasad arguing that he must have the power, for example, to contact any Government Secretary directly for information and to function as a third arm of the Legislature with discretion to sign bills passed by Parliament. He lost out in this argument because Nehru had the Constitution on his side.

It was K.R. Narayanan who brought out the full potential of the Presidency. It was a turbulent period with H.D Deve Gowda and I.K. Gujral and A.B.Vajpayee successfully eroding Congress omnipotence. The hour found the man. Narayanan showed his individuality by becoming the first President to exercise his right to vote, and by using his Republic Day address to caution against growing discontent among the deprived sections of society.

Narayanan dissolved Lok Sabha twice. He was the first to establish that a person could be appointed Prime Minister only if he convinced the President, through letters of support, that he could secure the confidence of the House.

Dr. A.P.J. Abdul Kalam had fewer challenges compared to Narayanan, yet the “People’s President” became admired for his independence. He demonstrated it when he declined to sign on the dotted line in the office-of-profit case. The Government wanted various VIPs to be exempted, but the President would not agree.

But there was a more dramatic demonstration of his independence. He was proposed for the Presidency by the BJP. But within days of his assuming office, he made the BJP jittery by deciding to visit Narendra Modi’s Gujarat, then reeling under the aftershocks of communal rioting. Prime Minister Vajpayee tried to dissuade him, but he said he had to go.

Pranab Mukherjee, the most political President in our history so far, steered clear of tricky situations in his own way. At least at the moment of saying goodbye, he addressed issues he could have addressed earlier. In the days ahead, even that is unlikely to happen. Where hearts unite, tongues are superfluous.