Home » Feature Articles » To Grant Quietus or Hiatus is the Question ! 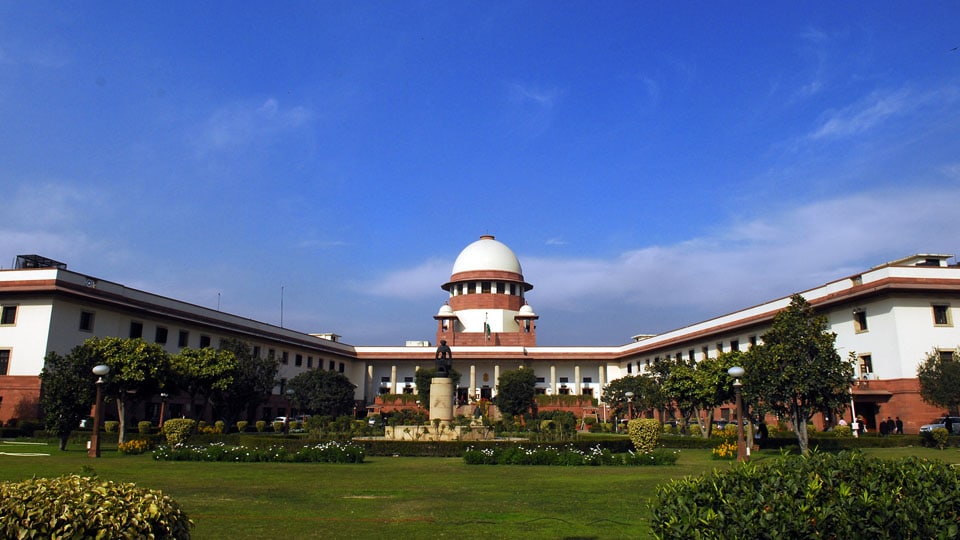 To Grant Quietus or Hiatus is the Question !

The Supreme Court on Monday had asked the UP Government headed by Yogi Adityanath to clarify its stand over the largesse, the grant of aid of Rs. 103.92 crore given to Chaudhary Charan Singh Degree College founded in 1983 and run by Shiksha Prasar Samiti in Etawah during 2003-2007.

This amount was paid through UP Rajakiya Nirman Nigam. Out of the total, some money was drawn from the Contingency fund and also the Consolidated fund of the State.

The Court had asked the Government how could such a huge money be allocated to a Society. The Court was examining an appeal filed by one Manendra Nath Rai against dismissal of his plea in 2004 by the Lucknow Bench of the High Court.

Imagine, the man Manendra Nath Rai being so passionate about a public cause, where huge sums of tax payers’ money was doled out at the whims and fancies of the Government in power. Yet, the case filed in 2004 has not seen its end even in 2017, after 13 years! I am sure looking at the way our Courts function this will go on for some more years for no purpose at all in the end.

I don’t know what the petitioner wanted the Court to do. Whether to direct the Shiksha Prasar Samithi, the recipient of the largesse, to return the money so received way back in 2003-07 or punish the Government of the day, represented by the CM, by directing the CM of the day to return that amount to State treasury or alternatively serve a jail sentence or whatever (could be an apology) for illegally giving that amount as aid.

READ ALSO  The Rotary Journey: To S. Korea and Japan - 6

This reminds me about an election petition filed by one Raja Kannappan of AIADMK, who lost the Shivaganga seat in Tamil Nadu to P. Chidambaram in 2009 Lok Sabha elections, in the Madurai Bench of Madras High Court alleging that the Union Minister Chidambaram had rigged the election.

It may be recalled that the Returning Officer had announced Raja Kannappan of AIADMK as the winner. However, within few minutes the decision was reversed and  Chidambaram was declared as the winner.

The Madurai Bench of the Madras High Court, however, had rejected Chidambaram’s plea to dismiss the election petition against him. At the time of election Chidambaram was Union Finance Minister and his AIADMK rival Kannappan had alleged that the officers were involved in election malpractices like distribution of cash, intimidation of voters, his own son Karti acting as his agent and Returning Officers being in his favour to ensure victory.

According to reports, though the High Court asked Chidambaram to face the case he was given some reprieve by striking off a couple of serious charges like cash distribution and intimidation of voters. The case went on at a snail’s pace as expected in such cases in India. But, J. Jayalalithaa, the then Tamil Nadu Chief Minister, told the Chief Election Commissioner in a letter written in 2011 that the Data Entry Operators (DEO) had transferred 3,400 votes polled by Kannappan from 11 polling stations in Chidambaram’s favour. It is significant to note that Chidambaram won by a thin margin of 3,354 votes. The DMK, which was an alliance partner of UPA  at the Centre, was in power in Tamil Nadu.

I do not know whatever happened to that case or whether it is still alive in the Court waiting for the Judgement Day. In any case, it does not matter now either to Chidambaram or to the underdog Raja Kannappan because Chidambaram has enjoyed the ministerial position for a full term of 5 years till May 2014 following his victory in the 2009 Lok Sabha election.

Now, even if the judgement is given in favour of the petitioner, Raja Kannappan, it is simply infructuous.

Reflecting the way our Courts function, with examples I have given above, I am reminded of what one of the Supreme Court Judges had very pertinently observed, by way of an obiter dictum, in a case of the kind mentioned above. It appears, the Supreme Court, taking up the case for hearing, was left pondering whether ‘quietus’ (an end) could be granted to the case due to the ‘prolonged hiatus’ or the criminal proceedings of the case should be allowed to go on and on and on! Well, go on to the point of infinity and ad nauseam.

My opinion is that in such cases a Quietus seems Divine.