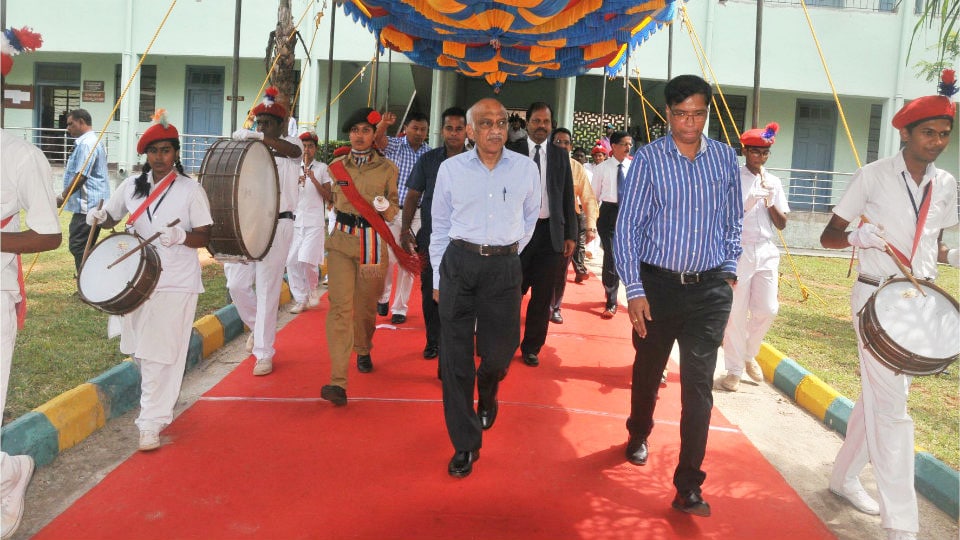 Prior to the inauguration, a 3,000-litre capacity RO water unit was inaugurated by the dignitaries in the campus.

Speaking after the inauguration, Dr. Khuntia said that it is necessary to remember Sardar Panikkar who was an education expert. He said that during independence time, there was a total of 18 percent literacy in the country, which has rose to 72 percent now and added that providing quality education was the need of the hour.

He said that in order to provide quality education, Indian Institute of Teachers’ Education should be established in every State in the lines of IIT.

ISRO Chairman Kiran Kumar, who delivered the lecture on the topic ‘Developing Scientific Spirit Among Children’ as part of Sardar Panikkar Memorial Lecture Series, said that Panikkar was an Indian novelist, journalist, historian administrator and a diplomat, who was educated in Madras (Chennai) and the University of Oxford. He said that Panikkar had held various positions in the country and abroad and was also the Dewan to the Maharaja of Bikaner. 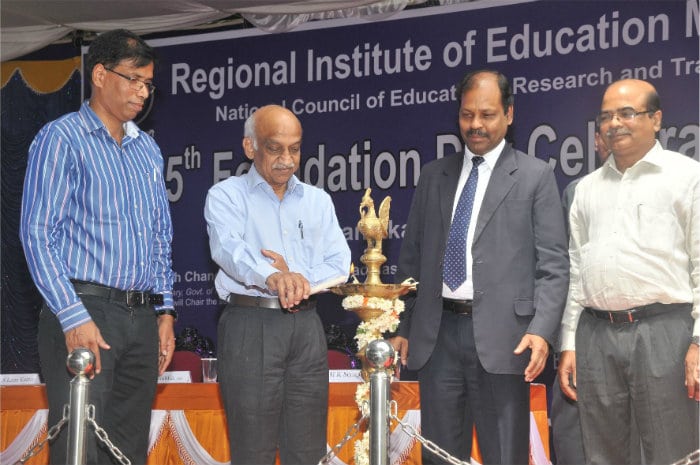 Kiran Kumar said that Panikkar’s contribution towards the establishment of RIE in Mysuru was the standing monument of his dedication to the cause of education and paid tributes to the eminent personality.

Delivering the lecture on Indian Space Programme, he said that the space research activities were initiated in the country during early 1960s, when applications using satellites were in experimental stages even in the US. He said that with the live transmission of Tokyo Olympics across the Pacific by the American satellite, demonstrating the power of communication satellites, Dr. Vikram Sarabhai, the father of Indian Space Programme, quickly recognised the benefits of space technologies for India and envisioned that the space resources have the potential to address the real problems of man and society.

He said that the launch of the first sounding rocket ‘Nike Apache’ made by the US from Thumba near Thiruvananthapuram in Kerala on Nov. 21, 1963, marked the beginning of the Indian Space Programme.

He also spoke about ‘Training of Higher Secondary School Teachers in ‘Remote Sensing and Geographic Information System (GIS)’ and ‘Practical Interactive Exercises on GIS for Schools’ among other topics.

Students, staff and others were present.

ISRO Regional Institute of Education
To Grant Quietus or Hiatus is the Question !
Actor Dhruva Sharma no more