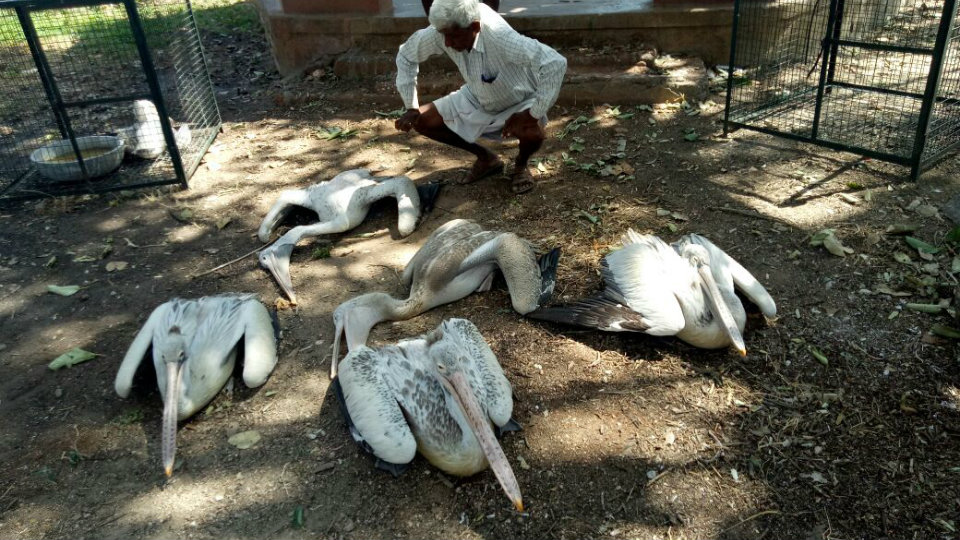 Bharathinagar: The death of over 23 Spot-billed Pelicans at Kokkare Bellur, on the banks of Shimsha, near Maddur has triggered panic among environmentalists and the samples of the carcasses have been sent for tests.

Villagers said the Pelicans were fainting from exhaustion or were perched idly on tree branches. The birds were not feeding as usual either, they said. “We are noticing that the Pelicans are not as active as they used to be,” said villagers.

Villagers attribute the death of Pelicans due to the harmful rays emitted from several mobile towers in and around Kokkare Bellur village. They also say that indiscriminate cutting of trees have resulted in disproportionate number of trees when compared to the birds that roost on them.