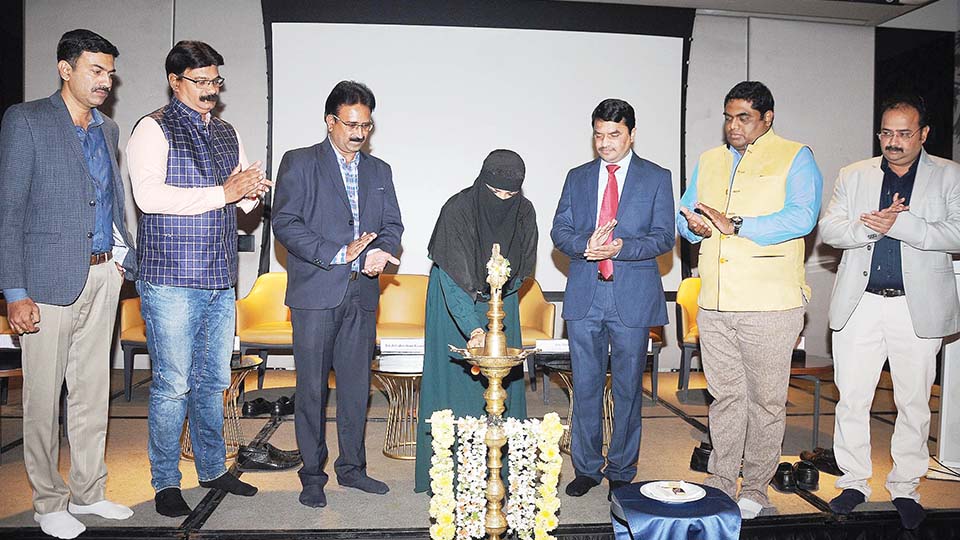 Mysuru: The Mysore Airport at Mandakalli will see good infrastructure and facility development and all these are being done phase-by-phase, said Airport Director R. Manjunath.

He was addressing the gathering as a chief guest at a session on ‘Roadmap for Mysuru as international air travel destination’ organised by National Real Estate Development  Council (NAREDCO), Mysuru at Hotel Grand Mercure on Tuesday evening.

A 30-year project report and roadmap has been prepared for the development of the Airport that operates at least nine flights every day to various destinations. The airport was once non-operational and slowly it has turned as a preferred choice among Mysureans, he said.

Manjunath added that the long-term plan was to make the Airport a travel hub with a wide range of facilities including an expanded runway that can host bigger planes.

Another chief guest Mayor Tasneem expressed happiness over attending such a meeting organised by NAREDCO that discusses the future of development in Mysuru. In the coming days, the MCC will offer full cooperation to NAREDCO to maintain cleanliness and other vital aspects of Mysuru city, she added.