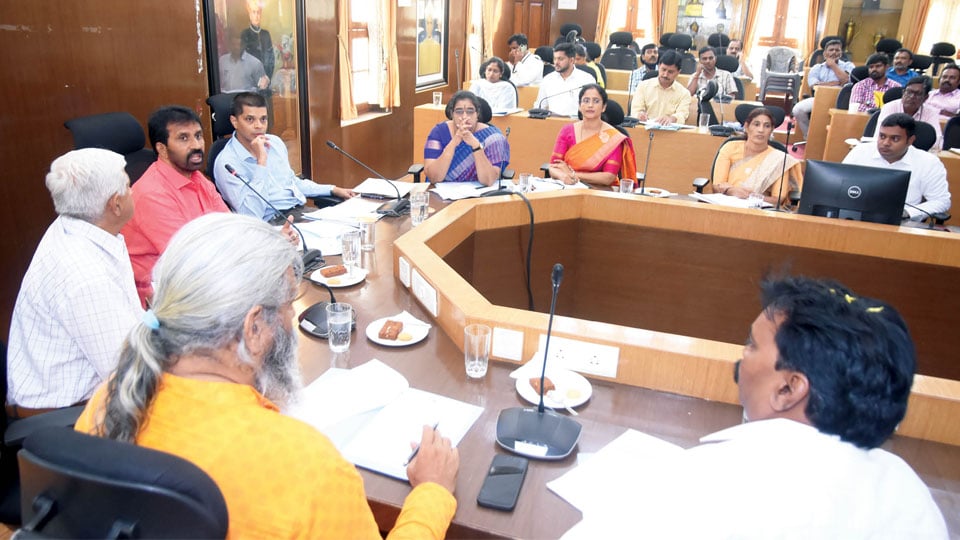 Mysore/Mysuru: Stating that Chamaraja Assembly Constituency of the city, which he represents, has the highest number of Ashraya House aspirants, MLA L. Nagendra said that efforts will be made to identify lands in Lalithadripura and other surrounding places of the city for construction of Ashraya Houses and get the lands sanctioned by the Government.

Pointing out that a total of 2,235 applicants had remitted instalment money for Ashraya Houses in Chamaraja Constituency from 2001 to 2004, Nagendra said that 430 of them will be listed based on a House/site survey to be conducted by revenue authorities among the applicants.

The MLA directed the officials to issue Title Deeds (Hakku Patra) to rightful owners of Ashraya Houses in Hebbal and other Ashraya Layouts coming under the Assembly segment through a single window system by organising an Adalat.

Asking the officials to take measures to address the problems being faced by the people for getting Khata transfer at MCC Zonal Offices, he appealed the MCC Commissioner to take necessary steps for speedy disposal of files relating to Khata transfer of properties.

The meeting discussed the DPR (Detailed Project Report) prepared for the construction of a total of 1,872 houses to be built by Rajiv Gandhi Housing Corporation as per G+3 Model in 23 acre area coming under Survey No. 65 of Hanchya village in the taluk. The meeting also decided to issue a press advertisement inviting applications from eligible aspirants once the Housing Project along with the plan (Map) gets approval from the Government.