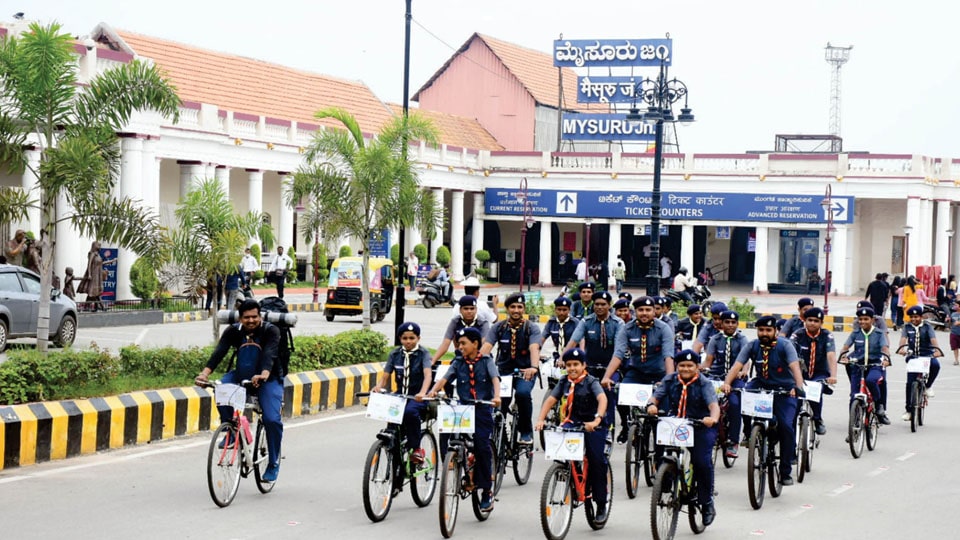 50 Scouts and Guides pedal for prevention of single-use plastics

Mysore/Mysuru: A bicycle rally with the theme ‘Prevention of Plastic,’ organised by Field Marshal K.M. Cariappa Scouts Group, Mysuru district, was flagged off this morning in city.

About 50 Scouts and Guides, who are cycling to create awareness on the ill-effects of plastics passed through Nanjangud-Ooty Road to reach Begur today evening.  The cyclists will travel to Bandipur tomorrow.

Speaking after flagging off the rally, DRM Agarwal exhorted the participants to highlight the reasons to avoid single-use plastic and suggest sustainable alternatives.

The cycle rally aims to spread awareness about hygiene, perils of indiscriminate use of single-use plastics in rural, urban, forest areas and removing vaccine hesitancy through street plays and interaction sessions with the local population at Begur and Gundlupet. At Bandipur, for the benefit of Scouts & Guides, the Officers of the Forest Department will hold an awareness session about Do’s and Don’ts followed by a nature study.